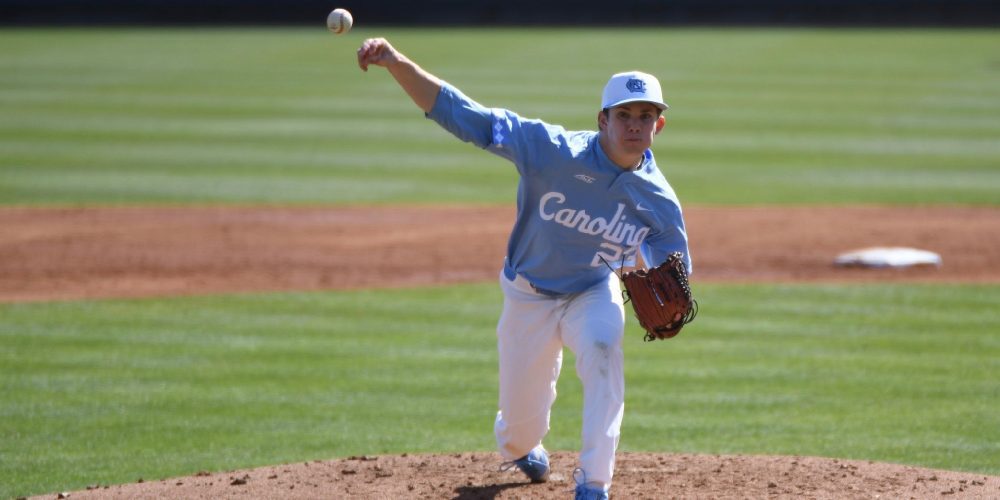 CHAPEL HILL, N.C. — It seemed as if the sun would  never come back out in Chapel Hill this weekend, with the rain refusing to let up for two days. But after a five-hour rain delay and a doubleheader, it was the North Carolina pitching staff that shined through the gray clouds.

Righthander Gianluca Dalatri led off the series for North Carolina with a strong outing on Saturday after struggling in last week’s season debut. Dalatri’s second start had to wait, as Friday’s series opener was rescheduled due to rain. Prepared to pitch on Saturday, he would have to wait even longer as the game was delayed five hours by rain. The junior had a great freshman season for the Tar Heels, and was primed for a big sophomore year before suffering an arm injury that limited him to just seven appearances last season. The recovery process had fits and starts for Dalatri, but he believes he is starting to find his stride.

“When you come back from injury it is rare that you come back as your true self immediately,” Dalatri said. “It took some time. I didn’t pitch without pain until preseason; there was always some pain. So there were mechanical adjustments I had to make and things I didn’t realize I was doing that I had to work on. It’s definitely nice to feel like I’m back on track.”