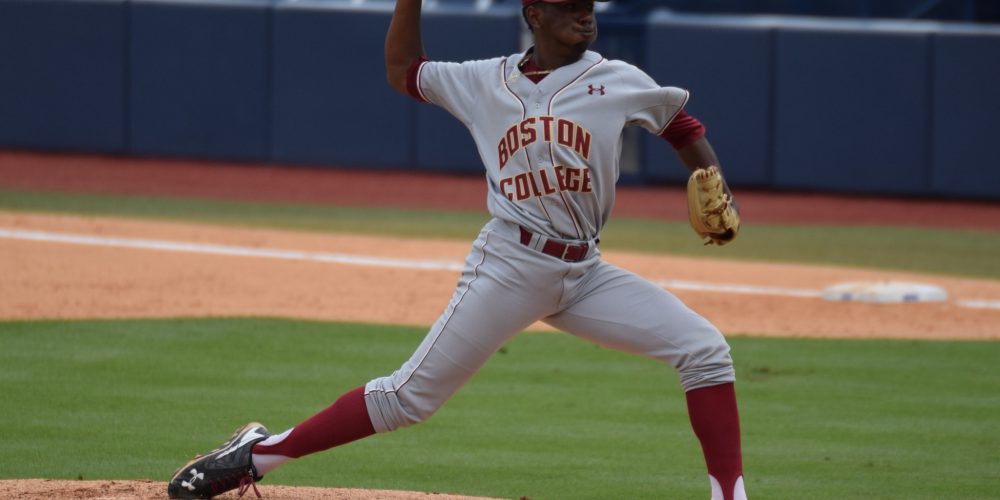 Dunn Deals, Casey At The Bat For BC

OXFORD, Miss. — As Tulane coach David Pierce watched Boston College take batting practice prior to Friday’s Oxford Regional opener, the conversation turned to BC ace Justin Dunn, who would start against the Green Wave. Pierce said that when he studied Dunn on video, he was reminded of a young Doc Gooden.

Dunn looked positively Gooden-esque Friday afternoon, striking out a career-high 11 over seven stellar innings, allowing just two runs on five hits and a walk to lead the Eagles to a 7-2 victory. Everybody already knew his stuff was electric — there’s a reason he’s generated a whole lot of first-round buzz down the stretch. But he was just as impressive for his poise in his first career NCAA tournament appearance — and still just his seventh start of the season, after spending the first half at the back of the bullpen.