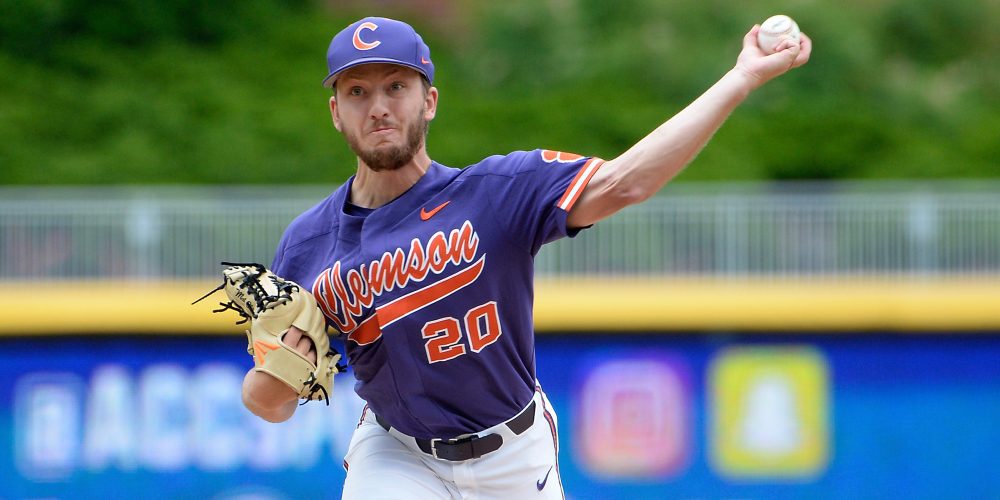 “In the bullpen today I kind of had like a shaky warmup session, like I wasn’t really throwing many strikes,” said Clark, a redshirt sophomore lefthander for Clemson. “But then something just clicked on the mound and I was able to locate all my pitches. The past couple weeks, I haven’t had that kind of command. Like my walk numbers were up a little bit the past couple weeks. But it felt good locating all my pitches today.”

But when it clicked for Clark — boy, did it click. With Clemson’s at-large hopes hanging in the balance, all Clark did was carry a perfect game into the eighth inning and a no-hitter into the ninth — against ACC regular-season champion Louisville, no less. He exited after allowing a pinch-hit solo homer to open the ninth, settling for eight one-hit innings and a huge victory, as the Tigers downed the Cards 7-1 to finish 1-1 in the ACC tournament and effectively secure their at-large bid to regionals. …