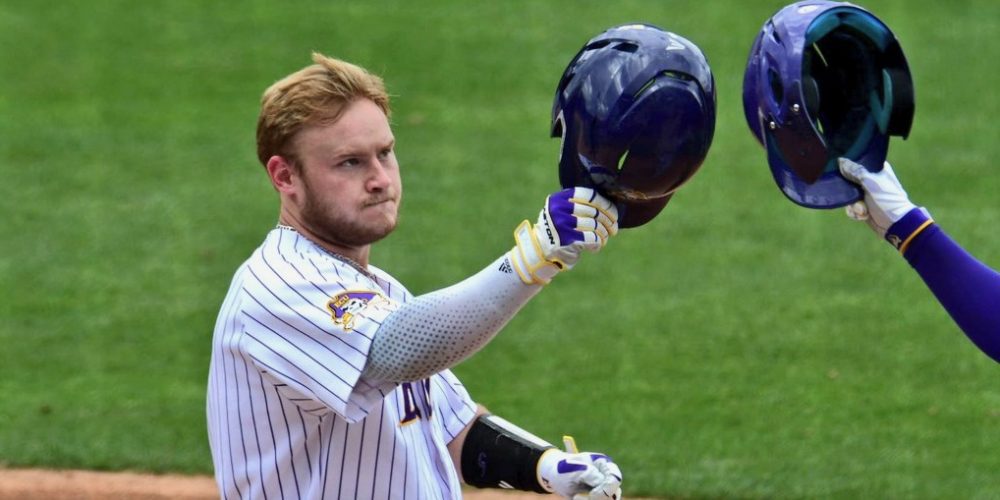 GREENVILLE, N.C. — The series of the year in the American Athletic Conference kicked off with a prime Friday afternoon matchup between two aces with very strong All-America cases: Tulane righthander Braden Olthoff and East Carolina righty Gavin Williams. But the anticipated pitchers’ duel did not materialize at Clark-Leclair Stadium, as Williams dominated for five innings but ECU’s locked-in offense knocked Olthoff around en route to a 12-4 win against the first-place Green Wave.

When East Carolina’s offense plays with the kind of intensity and discipline it showed Friday, the Pirates are a handful from the top of the lineup[…]