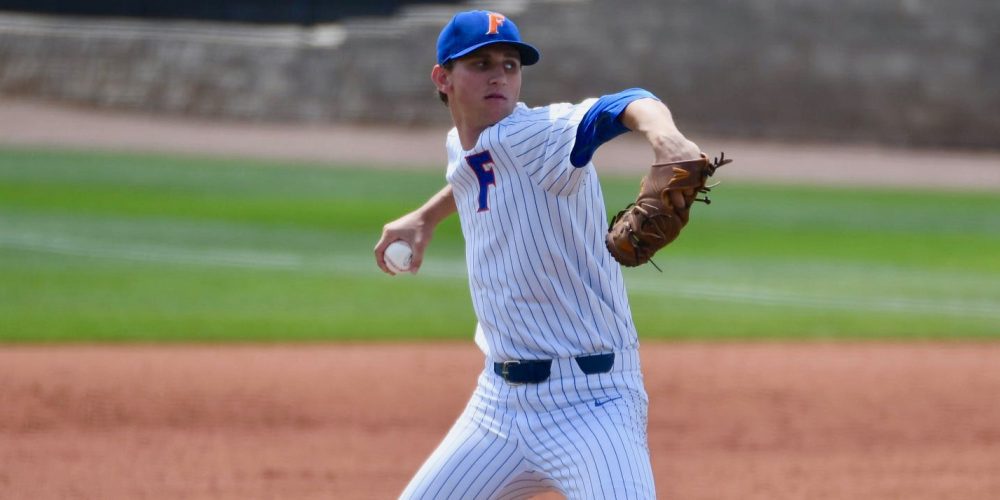 The Evolution Of Jackson Kowar

GAINESVILLE, Fla. — In his first season as a weekend starter last spring, Jackson Kowar pitched well — but maybe not as well as his 12-1 record would suggest. He finished with a 4.08 ERA — very respectable, especially for someone who spent the year pitching in the daytime as the Sunday starter, but there’s no question that his win-loss record benefitted from some outstanding run support.

That run support has followed Kowar to Saturdays as a junior; after a series-clinching 10-2 win against Vanderbilt, the Gators are averaging nine runs per game in Kowar’s starts.