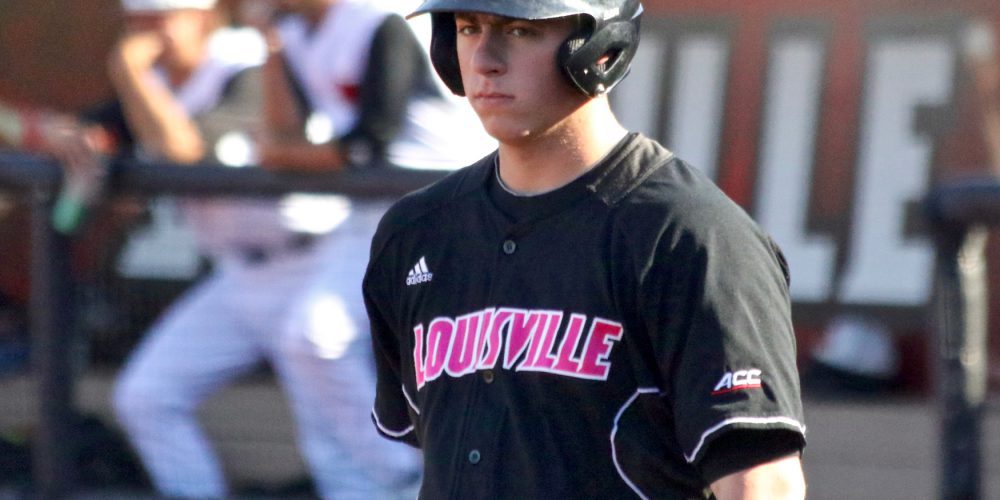 Two-way star Brendan McKay is just one of a number of stars on the Louisville roster. (Shotgun Spratling)

Head coach Dan McDonnell’s message to the Cardinals was simple. Take the pain, the tears, the sorrow from falling a run short of a third straight trip to the College World Series and turn it into productivity.

“Use it to our advantage. Let’s learn from it. All I know to do is to learn from it,” McDonnell said. “My hope was they used that potato on our shoulder and just win the day. I challenged them that baseball players are baseball players and they have success everywhere, at all levels. And our kids did that [in the summer].”

McDonnell is hoping his team can turn a devastating end to the 2015 season and turn it into future success the way a nationally seeded Vanderbilt squad did in the subsequent years after Louisville upset the No. 2 Commodores to go to Omaha in 2013. The No. 3 Cardinals were upset by Cal State Fullerton in Game 3 of the super regionals on their home field, blowing a 3-1 lead in the eighth inning before losing in the 11th inning on a controversial home run. Despite a wide disparity in offensive talent, Fullerton did the little things that Louisville failed at — getting a bunt down, advancing on a ball in the dirt. The series ended on a caught stealing.

After the loss, players laid on the field in dismay. Heads hung. McDonnell broke down in the post-game news conference, but by noon the next day, he addressed it with the team and told them it was time to move on.

“As a coach, you don’t want to live in the past, but you hope to learn from it. I felt like from the dejection that we had, we went out and had a productive summer and to this point, we’ve had a productive fall.”

Instead of the Cardinals making a third-straight trip to the College World Series, the slate has been wiped clean, which McDonnell thinks is a positive because it has reignited the fire to get to Omaha. And Louisville definitely has the talent to make the return trip.

The Cardinals already had a star-studded roster coming back with a loaded rising junior class, Freshmen All-American relievers Lincoln Henzmen and Sean Leland and the D1Baseball Freshman of the Year Brendan McKay. But, somehow McDonnell was able to bring back his entire junior class for their senior year — something unheard of with a crop of players as talented as first rounder Kyle Funkhouser, former All-American Anthony Kidston and Danny Rosenbaum.

Losing three senior starters from the lineup, including infielders Sutton Whiting and Zach Lucas, and draft-eligible sophomore Josh Rogers, who McDonnell credited as a huge reason why Louisville was able to win all 10 of its conference series in its inaugural ACC season, will have an effect, but the Cardinals took big strides over the offseason and added the No. 8 recruiting class.

The talent is just oozing throughout Jim Patterson Stadium. Where else could you have a fall pitching matchup featuring the previous Freshman of the Year versus a prior first round draft pick? Or how about the potential top position player in the draft (Corey Ray) flying out to end a game on a 98-mph fastball from another potential first round draft pick and Team USA teammate in closer Zack Burdi?