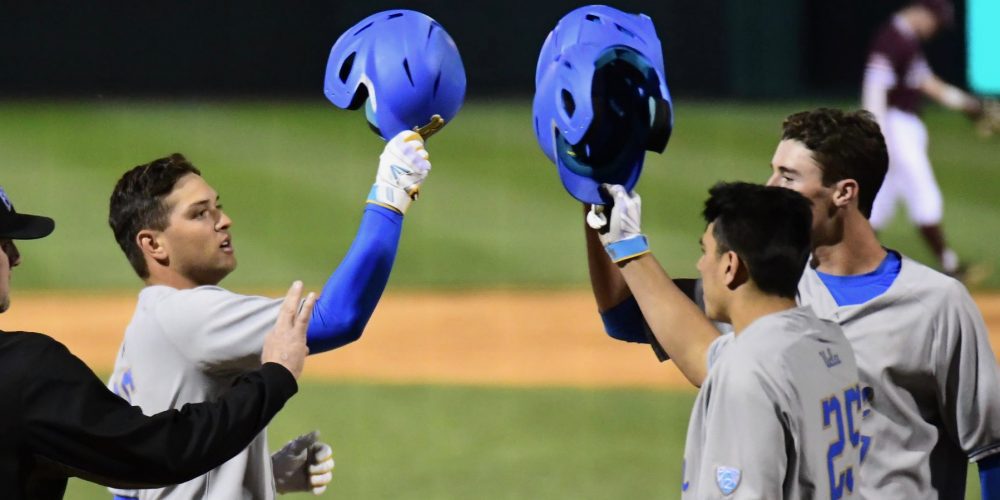 FRISCO, Texas — The two big stories of the Frisco Classic after two days are surprising Illinois and the buzzsaw that is UCLA. The upstart Illini improved to 2-0 in Frisco with a 4-2 win over Oklahoma State on Saturday, on the heels of Friday night’s 1-0 win against Texas A&M.

The 10th-ranked Bruins, meanwhile, remained undefeated on the season with an utterly dominant 10-2 win over the 18th-ranked Aggies on Saturday. Through two days in Frisco, UCLA has out-hit Oklahoma State and A&M by a combined 26-4.

Which is a good place to start my Saturday observations on the Frisco action, including thoughts on all four teams:

1. Upgrade expectations for the Bruins

Everyone expected UCLA to be very competitive this year. John Savage has built a bona fide machine in Westwood; the Bruins both recruit and develop talent at an exceptionally high level, and we knew the cupboards were well stocked even after the departure of 13 players to the draft. But still… it’s hard for any program to replace 13 drafted players, including its top two weekend starters and its entire infield (counting the injured Kevin Kendall). So with that in mind, we expected UCLA to be competitive, but we also expected a small step back from last year’s 52-11, No. 1 national seed club.

Ten games does not a season make — but I can’t imagine any team in the country is playing at a higher level right now than 10-0 UCLA. …