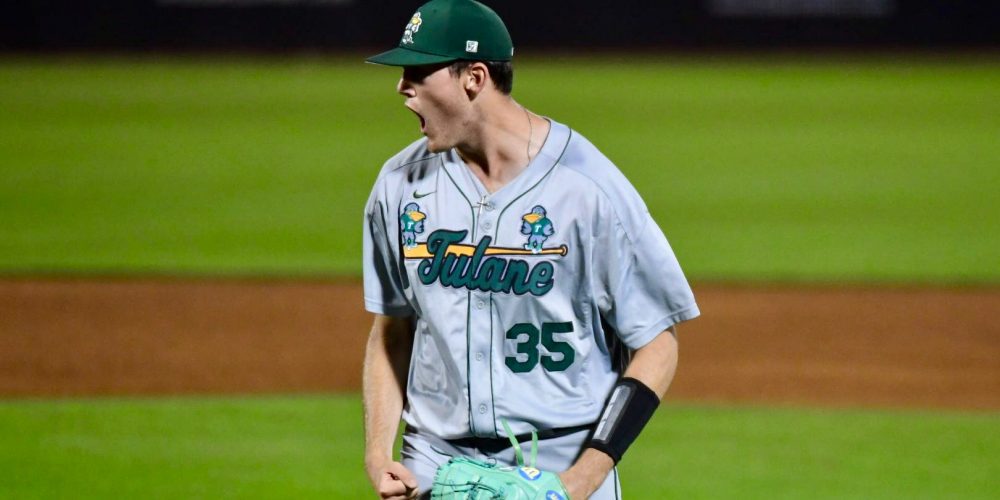 GREENVILLE, N.C. — On Friday, East Carolina coach Cliff Godwin described the matchup between his ace Gavin Williams and Tulane ace Braden Olthoff as “a heavyweight fight.” But Saturday’s doubleheader split between the top two teams in the American Athletic Conference felt more like a 12-round heavyweight slugfest. Or perhaps even more accurately, it felt like trench warfare.

The Green Wave and the Pirates exchanged haymakers — or artillery shells, depending on your preferred analogy — for seven and a half tense hours over two nine-inning games Saturday at Clark-Leclair Stadium, and when the dust settled Tulane remained a half-game[…]