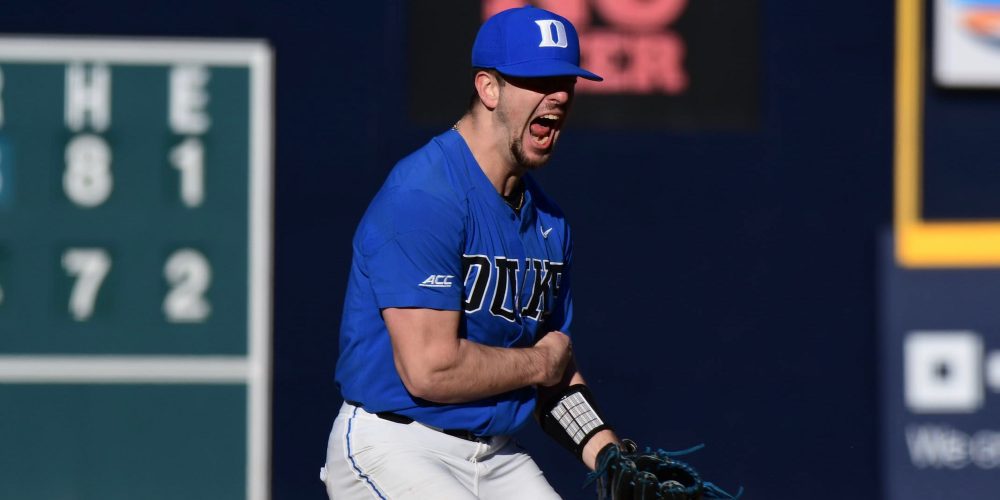 DURHAM, N.C. — In the marquee matchup of ACC’s opening weekend, No. 12 Duke won its second straight one-run game Saturday to clinch its series against No. 11 Florida State. The Devils followed up a 2-1 win Friday behind Bryce Jarvis and closer Thomas Girard by winning 4-3 Saturday behind Cooper Stinson and Girard.

It has been a tight series because both of these teams pitch at a high level, and the Seminoles’ arms should keep them very competitive all season long. But I walked away from these two games feeling much better about the state of Duke’s defense than FSU’s, and I suspect Duke will also have the better, more consistent offense as the season unfolds, though the Seminoles did take better at-bats Saturday than they did Friday. They just couldn’t come up with big hits with men on base.

Now that Duke has the series already in hand, I’ll be heading elsewhere Sunday, so here are some takeaways and observations from the first two days at the Durham Bulls Athletic Park: