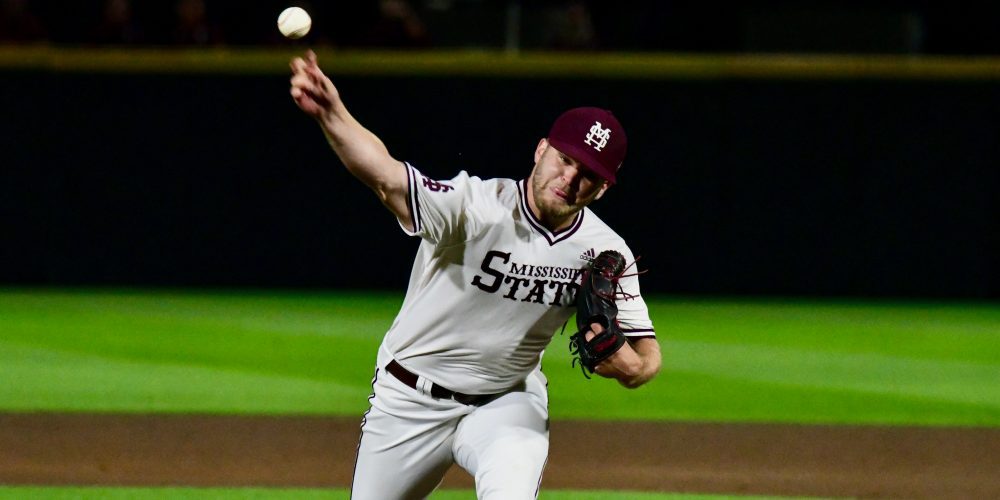 STARKVILLE, Miss. — For most teams, getting just three innings from the staff ace in the opening game of a weekend series would be a major setback. For Mississippi State, an early exit just means college baseball’s best bullpen springs into action a little earlier than planned.

Ace lefthander Christian MacLeod came out of the chute with good stuff Thursday against Missouri, pumping 90-91 heat and getting two quick outs to start the game. But a pair of errors led to a laborious first inning, though MacLeod stranded the bases loaded with a strikeout to escape unscathed. But his stuff[…]

〈
Previous Article Off The Top Of My Head: Week 13
Next Article The D1Baseball Weekend Preview Show: Week 13
〉