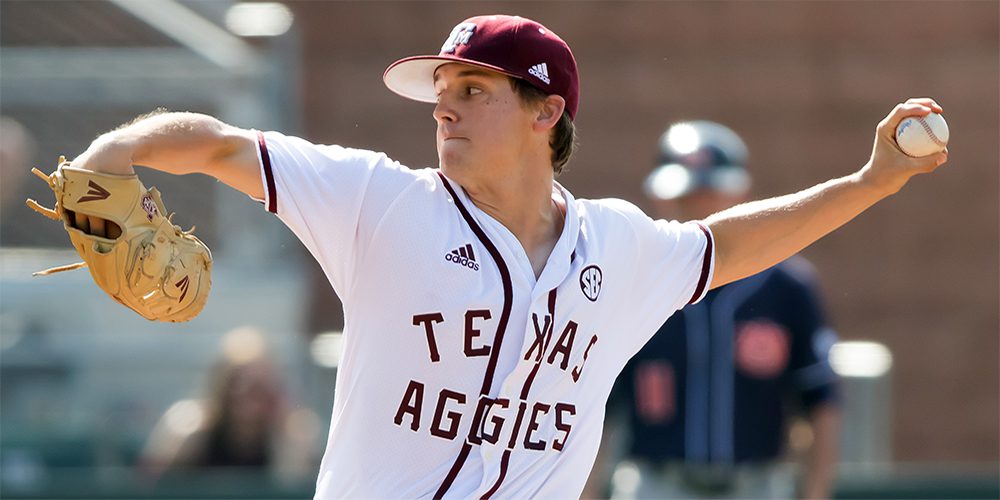 FRISCO, Texas — If you didn’t know any better, you would have thought the nightcap between Baylor and Texas A&M was played at Blue Bell Park in College Station. The stands were littered with maroon, and the Aggie faithful showed up loud and with their bubbles. A big, Texas-sized matchup didn’t live up to the billing for most of the game, though. The Aggies were in control, up 5-2, and the game seemed to be just lagging on. It was a comfortable lead for A&M, until it wasn’t.

Texas A&M reliever Cason Sherrod wasn’t able to get an out in the ninth before Baylor got a leadoff single and a long home run from second baseman Josh Bissonette to pull the Bears within one.

In came Aggie lefty Kaylor Chafin, who gave up a three run home run in Friday night’s loss to Louisiana Tech. Saturday, he gave up a single and a walk but still put away the Bears to avoid an 0-2 start to the Frisco Classic for A&M.

“It was big time,” Chafin said after picking up the save. “After last night, I was trying to figure out a lot of things and was not in a good mindset, so today I decided to come out with a different one. Just no regrets, just go for it.”

The Aggies needed 6.2 relief innings and five pitchers to hold onto their lead Saturday night. None of those Aggies were particularly sharp, but all of them got important outs at different points in the game. Coach Rob Childress handed the ball to freshman lefty Chandler Jozwiak, who entered the game with only eight innings logged over his first two starts. He managed to go just 2.1 innings against the Bears, walking three and allowing two hits without surrendering a run.