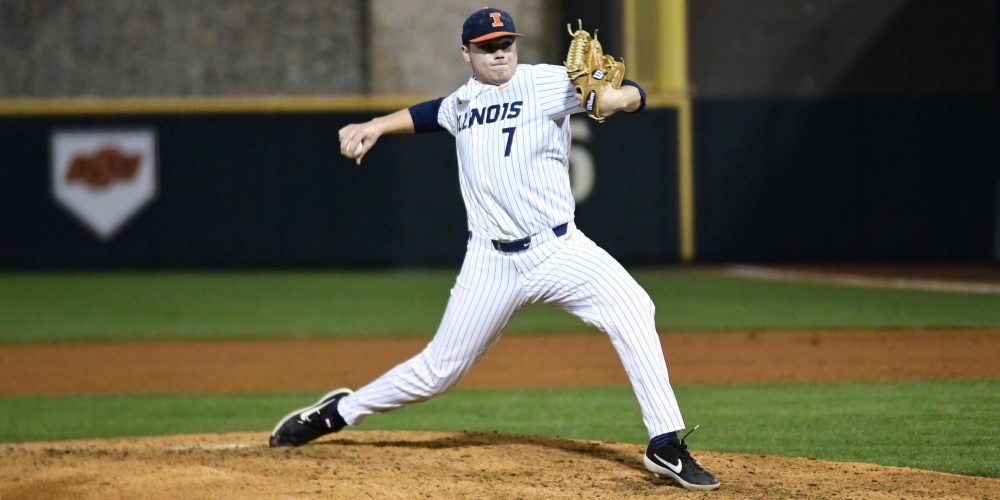 FRISCO, Texas — You might say Illinois drew the short straw at the Frisco Classic, having to open the tournament against Texas A&M lethander Asa Lacy — one of the most talented and dominant pitchers in college baseball, a first-team preseason All-American and likely top-10 overall pick. It was an unenviable assignment for the young Illini, and Lacy was as good as advertised, racking up 11 strikeouts over six innings of two-hit, shutout ball.

But Illinois had exactly the guy it wanted matching up with Lacy. Illini senior righthander Ty Weber wasn’t going to match Lacy’s premium stuff, but he’s a battle-tested warrior who is in his fourth season as a weekend starter, and he wasn’t going to be intimidated by the matchup, or the setting, or the overwhelmingly pro-Aggie crowd of 6,272. A&M fans loudly harangued him from the first inning into the seventh, but Weber was unfazed, throwing 6.2 innings of three-hit, shutout ball, putting Illinois in position to win the game in the late innings — which is just what it did. The Illini pushed across a run in the eighth to earn a scintillating 1-0 victory over the 18th-ranked Aggies.

“I try to stay as even keeled as I can, and I think that’s where experience comes in,” said Weber, who was making his 46th career start. …