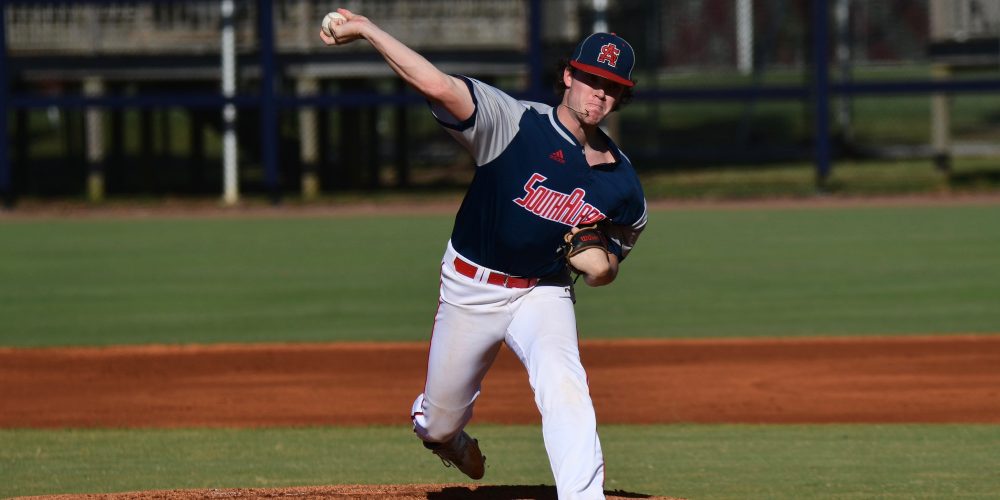 The South Alabama Jaguars blanked the South Florida Bulls 4-0 on Monday afternoon in a game that was continued from their rain-postponed contest on Sunday night.

That means that the teams will play one more time this afternoon – weather permitting — with the winner claiming its first-ever regional title.

All of the scoring took place on Sunday as Hunter Stokes jacked a two-out, opposite-field, three-run homer just over the glove of USF left fielder Jarrett Eaton. Later[…]