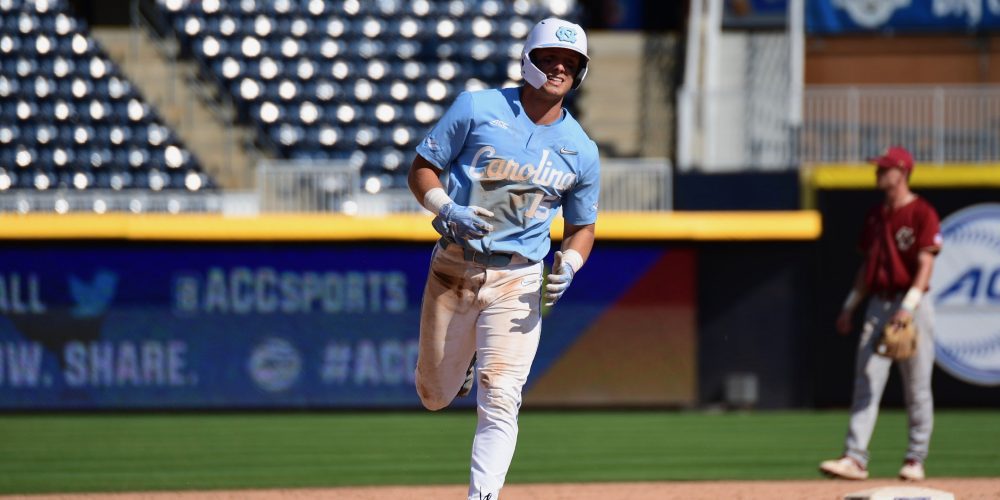 DURHAM, N.C. — North Carolina and Georgia Tech will face off for the ACC tournament championship on Sunday after both teams broke open close games in the middle innings to win their ACC semifinal contests on Saturday. UNC rode its hot offense to a 13-5 victory over Boston College, and Georgia Tech played another complete game in a 9-2 rout of NC State.

The Tar Heels and Yellow Jackets each improved to 3-0 at the ACC tournament, improving their postseason fortunes in the process. Tech is now a rock-solid top-eight national seed, clearly ahead of Louisville and Texas Tech in our pecking order. The Tar Heels needed to make some noise this week to rescue their fading regional hosting hopes, and they did just that, climbing to No. 14 in the RPI and improving their aggregate ACC record to 20-13, putting them in strong hosting position regardless of Sunday’s outcome — but a win in the title game would lock it up.

But whoever wins Sunday, these two teams have taken advantage of the opportunity that the ACC tournament presents, bolstering their postseason resumés but also preparing for next week’s regionals by playing at a high level in a tournament setting.