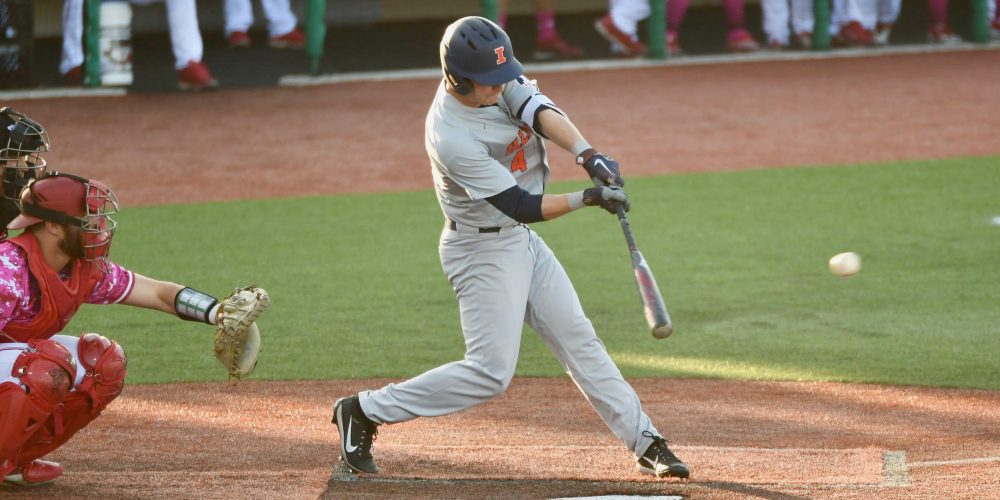 BLOOMINGTON, Ind. — Ben Troike might have the best job in college baseball: He’s the guy who gets to hit in front of national OPS leader Bren Spillane, one of the most fearsome sluggers in the country.

“I get a lot of fastballs,” said Troike, a sophomore shortstop for Illinois. “That kid is unbelievable.”

So when Troike worked the count full against Indiana ace Jonathan Stiever in the sixth, with the Hoosiers leading 2-1, he knew what to expect, and he was ready for it.

“That at-bat, obviously with a guy like Bren Spillane behind me, I know I’m going to get a good pitch to hit in every at-bat that I take,” Troike said. “The count worked to a full count, and I knew that with Bren behind me, he definitely doesn’t want to walk me, he’s gonna come with a fastball in the zone somewhere, so I just tried to shorten it up and put it in play, and it happened to find a gap.”

Spillane followed up Troike’s leadoff double into the right-center gap with a double of his own, tying the game at 2-2. With first base open, the Hoosiers figured to pitch Spillane carefully, and Stiever threw him back-to-back breaking balls out of the zone, which Spillane spat on. Then Stiever threw another breaking ball, but this one found the heart of the plate, and Spillane lined it into that right-center gap to tie the game. Illinois scored again an inning later and held on for a 3-2 comeback win in the opener of a key Big Ten showdown in front of 2,447 fans at Bart Kaufman Field.