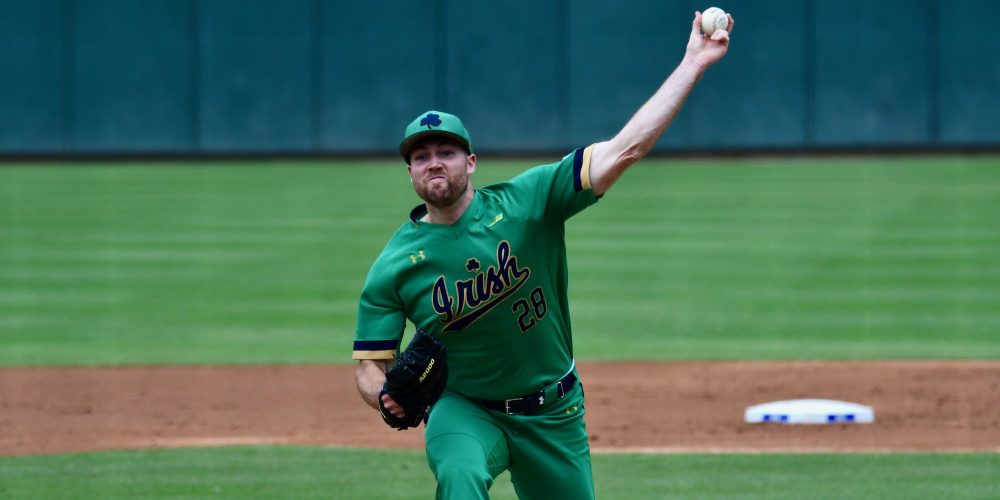 CHARLOTTE, N.C. — You can make a strong argument that the marquee matchup of pool play at the ACC tournament was Thursday afternoon’s battle between Notre Dame and Florida State, pitting two of the league’s best and most accomplished starting pitchers against each other with a trip to the semifinals on the line. And as he has so many times over the last two years since he arrived at Notre Dame, John Michael Bertrand rose to the occasion.

Bertrand turned in eight superb innings of five-hit ball, allowing just one unearned run while striking out eight and walking one to[…]