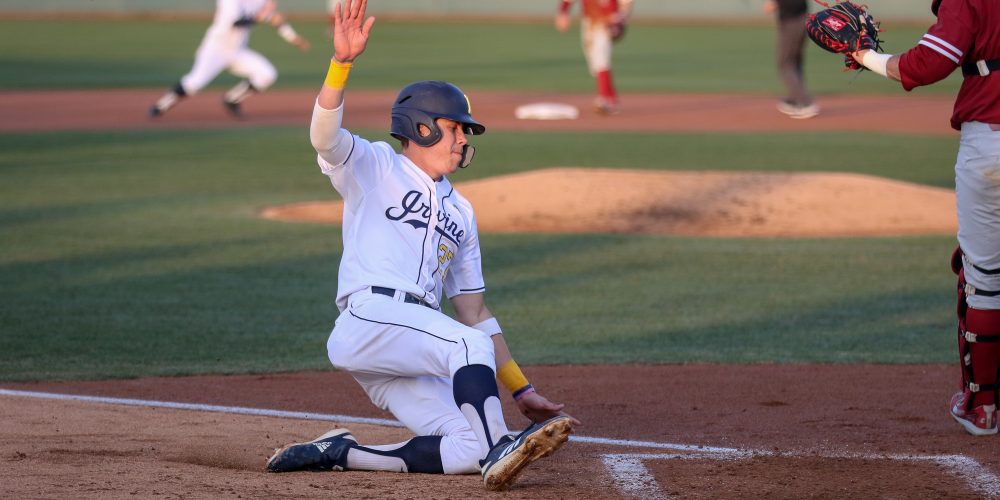 Christian Koss slides in with the first run of the game. (Shotgun Spratling)

IRVINE, Calif. — Ben Orloff shook up his lineup for the middle game of No. 23 UC Irvine’s series against Washington State.

Brendan Brooks started the season with a six-game hit streak, but had been mired in a slump hitting .135 since. Orloff gave him a night off, putting Sam Ireland at second base for only his second start of the year. Catcher Griffin Mazur was also inserted for his second start.

Orloff was a button-mashing maestro. He pushed all the right ones as Irvine improved to 14-4 and picked up its second series win over a Pac-12 opponent from[…]