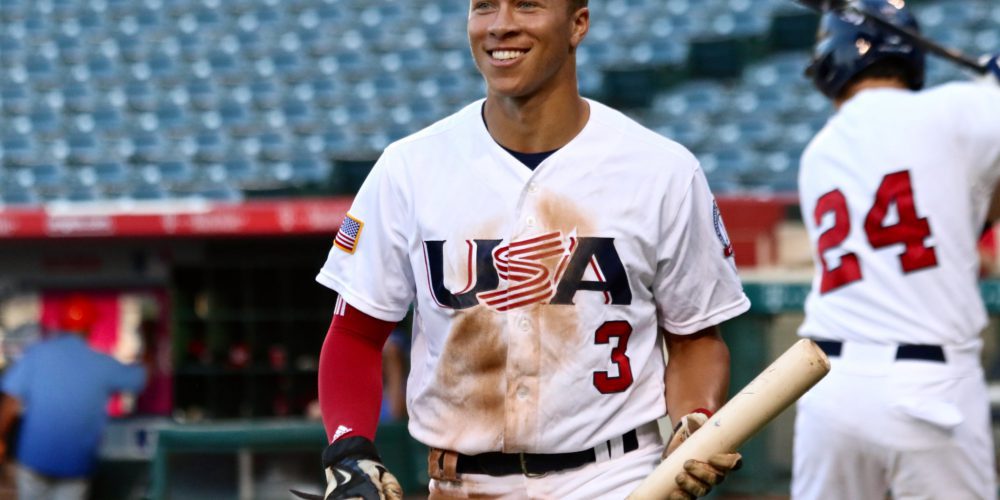 ANAHEIM, Calif. — When the College World Series officially ends, the summer baseball season is just getting started. Players head off to distant lands trying to improve their craft and enhance their skill sets against a different crop of talented opponents. But every player is attempting to get something different out of the summer. Whether they’re playing in one of the highly esteemed wood bat leagues or playing for their country, each player has their own goals.

For Vanderbilt sophomore outfielder Jeren Kendall, his first objective while playing with the USA Baseball Collegiate National Team was a bit different.