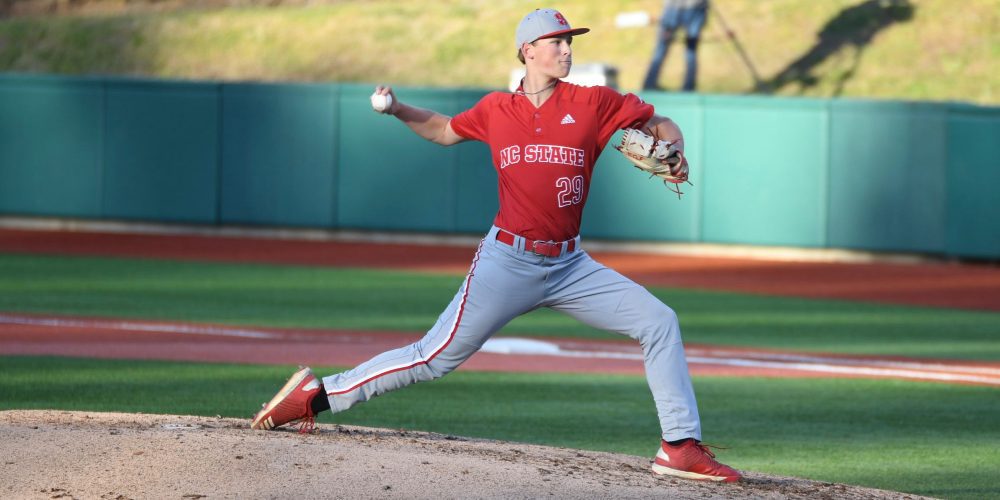 DURHAM, N.C. — Fourth-ranked NC State has had a magical season, made even more remarkable for its unconventionality. Most teams that start 29-7 overall and 13-5 in the ACC — as the Wolfpack did heading into Friday night’s showdown at fellow ACC divisional leader Duke —have a Friday night bell cow that can go deep into games and set the tone for the rest of the weekend.

NC State, though, uses ace Brian Brown on Saturdays and has had to cobble together the pitching on Friday and Sunday. The formula has made sense — Brown eats up innings in the middle game of the series, helping to give the bullpen extra rest before it gets heavily taxed again on Sundays. The Wolfpack hadn’t gotten more than four innings from its Game One starter since March 16 at Clemson, when Michael Bienlien went five.

But here’s where it gets really unusual: Over the last four weekends, NC State has lost four straight series openers, then bounced back to win all four series. That’s very hard to do, and the Wolfpack had never before done it four straight weekends in ACC play.

With senior Johnny Piedmonte dealing with some midseason fatigue, NC State opted to start freshman righthander Reid Johnston in Friday’s series opener at Duke, and the decision paid off in a big way. Four days after starting and throwing 39 pitches over two innings in a win against North Carolina — his third career start — Johnston gave NC State far more than it expected against the Blue Devils, firing 6.2 innings of four-hit, two-run ball to lead the Wolfpack to a 9-2 victory, snapping the series-opener losing streak.

“I didn’t expect that at all,” NC State coach Elliott Avent said of the length of Johnston’s outing. “He saved our bullpen, he did a lot of good things tonight. I’m sure he grew up in the eyes of his own teammates, who have a lot of respect for him, but he probably grew up in his own eyes a little bit.”