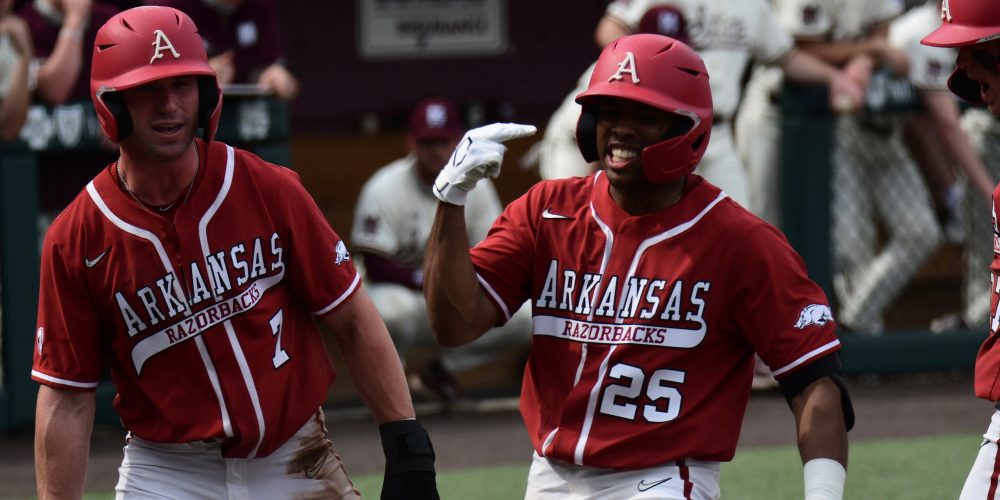 STARKVILLE, Miss. — A day after Arkansas blitzed Mississippi State ace Christian MacLeod for three runs in the first and cruised to a Friday victory, it felt like the Bulldogs were turning the tables on the Hogs on Saturday. MSU jumped on Zebulon Vermillion for three runs on four hits in the first inning, whipping the large, rowdy crowd at Dudy Noble Field into a frenzy.

But Mississippi State did not cruise to an easy victory like Arkansas had a day earlier. Instead, the Razorbacks took some early punches but stood tall, rallied back, and eventually landed a few knockout[…]