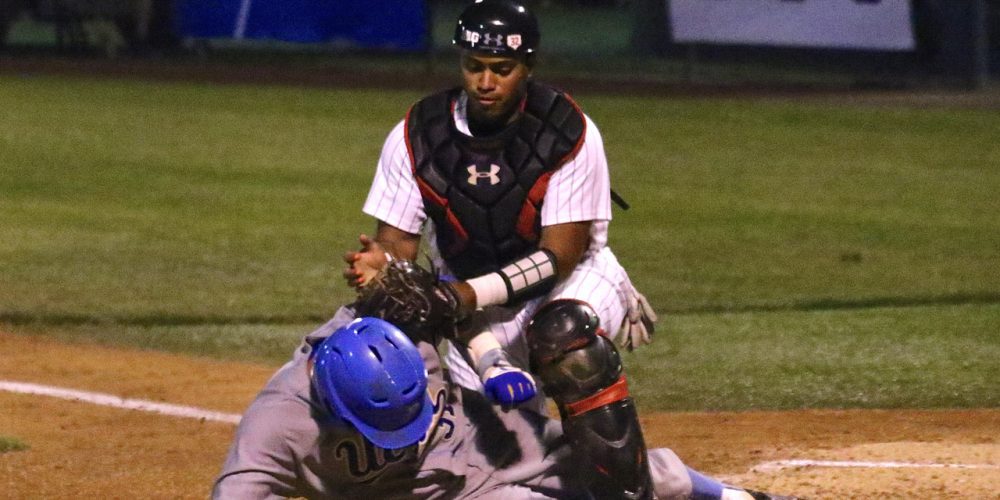 Editor’s Note: The COVID-19 crisis has resulted in the cancellation of the 2020 college baseball season, so we’re digging through our archives and re-posting some of the best work of D1Baseball’s first five years, highlighting some of college baseball’s biggest stars and most compelling storylines. As we continue working our way through the 2015 season, here’s Shotgun Spratling’s piece on Maryland’s upset of No. 1 national seed UCLA, sending the Terrapins to a super regional rematch with Virginia. This was also the final game of UCLA legend David Berg’s career, and this piece features some heartfelt reflection on Berg’s legacy.

LOS ANGELES — “You’re talking about a true freshman, pitching against the No. 1 team in the country, in the regional championship game … at their place,” Maryland head coach John Szefc said. “He was as good as he could be.”

Maryland freshman Taylor Bloom made the biggest start of his life Monday night at Jackie Robinson Stadium and was completely undaunted by the situation. He tossed six innings of one-hit ball, needing just 58 pitches to beat UCLA, the No. 1 overall seed in the NCAA tournament and many people’s pick to win the national championship, and claim the Los Angeles Regional title for the Terrapins. …