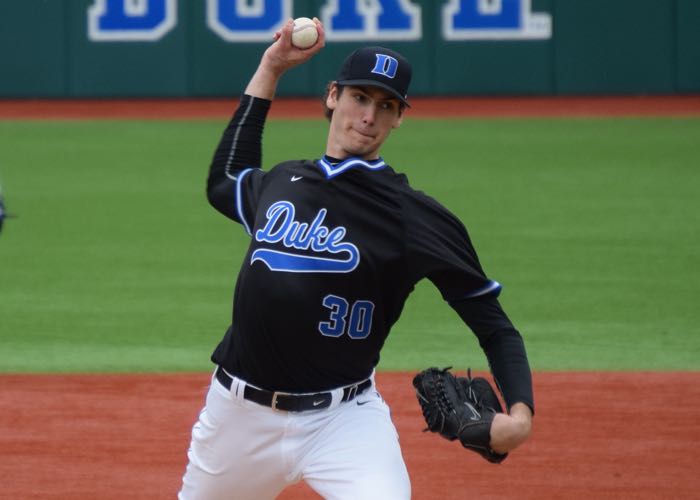 DURHAM, N.C. — Michael Matuella, the No. 1 prospect on the D1Baseball Top 150 for the 2015 draft, returned to the top of Duke’s rotation Friday against Georgia Tech. The junior righthander had been slowed by inflammation around his elbow after his Opening Day start at California, but he is progressing well.

The Blue Devils planned to limit Matuella at roughly 60 pitches Friday, and he exited after throwing 63 pitches over four shutout innings. He allowed three hits and no walks while striking out four. Matuella’s fastball topped out at 95 mph a couple of times in[…]