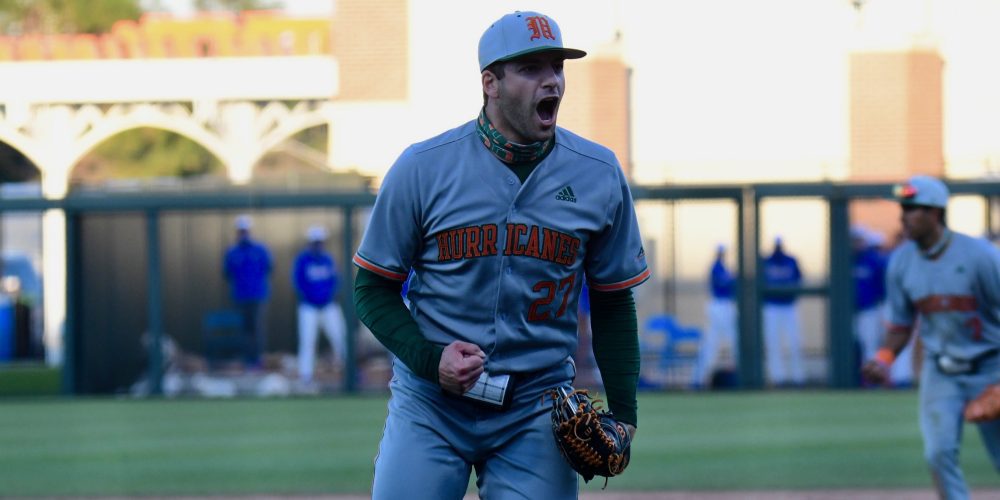 GAINESVILLE, Fla. — It felt like deja vu all over again, right up until the script got flipped around and sent through the paper shredder.

Florida has had Miami’s number during the Kevin O’Sullivan era, and the Gators appeared to be cruising toward their seventh straight series win against the rival Hurricanes on Saturday, after jumping out to a 5-0 lead in the first and carrying an 8-5 lead into the ninth.

But then an unexpected scene played out in rather grisly fashion at Florida Ballpark: the Gators couldn’t get those final three outs. Closer Franco Aleman, who had looked[…]