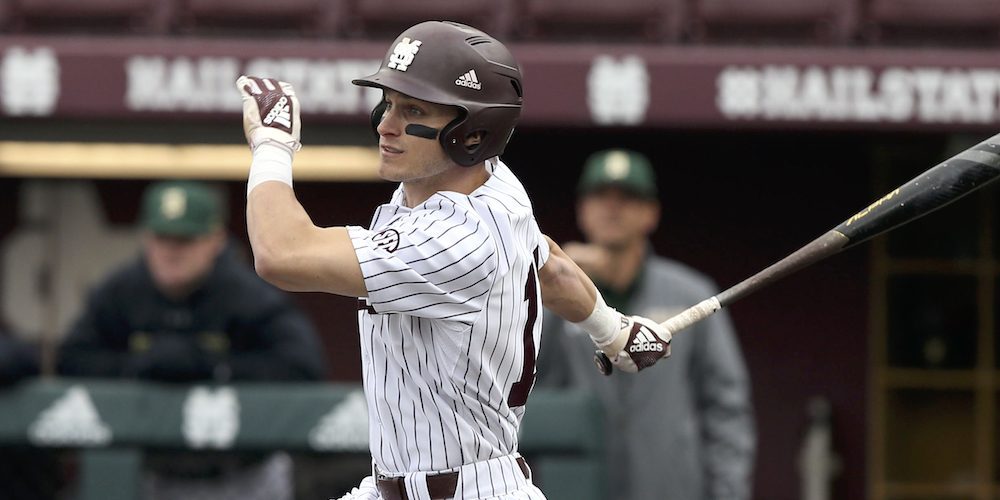 “We need a ‘Jake Hit’,” Lemonis said, “a chopper over the pitcher’s head.”

On Sunday night, after the Bulldogs had fallen behind 1-0 on a 400-foot home run by Miami third baseman Raymond Gil, Mangum heeded his coach’s advice, although not exactly.

Mangum’s fourth-inning single – which traveled the distance of a short putt – ignited a Bulldogs’ three-run, game-winning rally, carrying Mississippi State to a 5-2 victory over Miami.

The Bulldogs (49-13) will host a super regional this coming weekend against either Stanford or Fresno State, who will meet on Monday for the right to play Mississippi State.