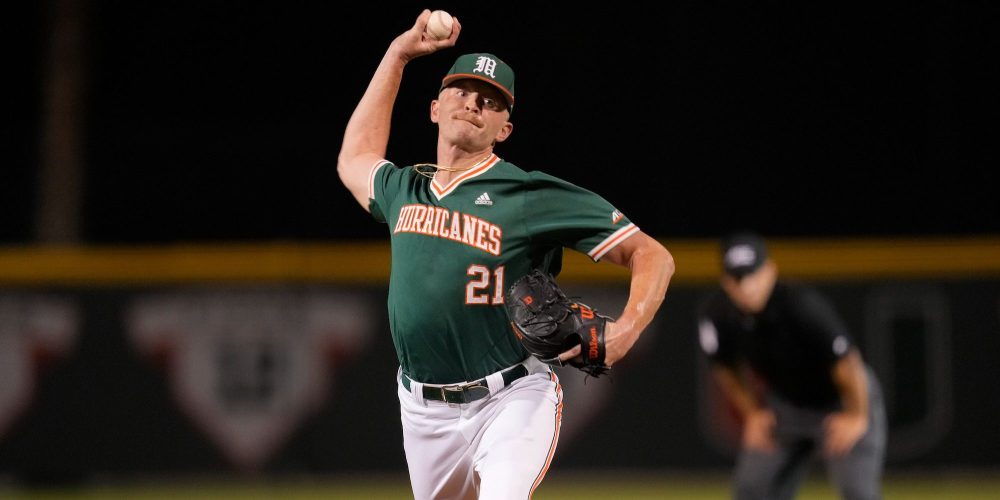 “Missile” Morales may be more accurate.

Morales, the Miami Hurricanes’ second-year third baseman whose actual first name is Yohandy, launched a two-run home in the fourth inning and crushed an RBI double in the fifth, leading the 22nd-ranked Miami Hurricanes past the 14th-ranked Florida Gators, 5-2, on Friday night.

“As soon as YoYo hit the home run, I knew the game was over,” Hurricanes starter[…]