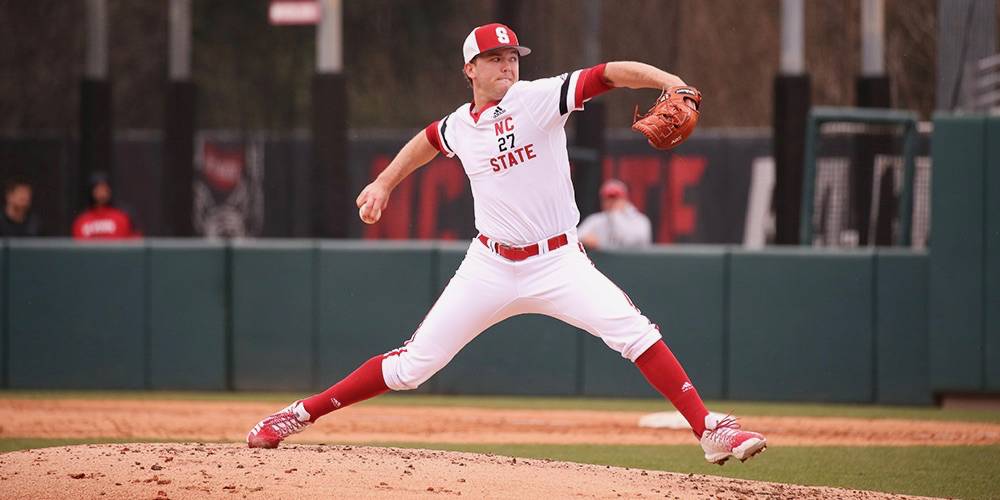 RALEIGH, N.C. — NC State was rocking its throwback 1974 jerseys Friday afternoon, a tribute to the team that finished 30-1 and won the ACC title that season. Maybe this year’s team will give the ’74 Wolfpack a run for its money.

NC State clinched its ACC-opening series against Pittsburgh and improved to 14-0 on the season with a 4-3 win Friday night and a 21-3 demolition of the Panthers on Saturday. The ’Pack banged out 24 hits in Saturday’s blowout, scoring its most runs in an ACC game since 2010.

But righty Jason Parker once again set the tone for the weekend on Friday night. Parker, a transfer from Louisburg (N.C.) JC, has been a key to the rotation after surprisingly being named the Friday starter before Week One. In two seasons at Louisburg he went 11-6 with 118 strikeouts to just 27 walks. He threw five innings of two-hit, scoreless ball on Friday, taking a no-decision but lowering his ERA to 0.93 in 19.1 innings, along with a 16-4 K-BB mark. Parker has been a big part of the Wolfpack’s early success, leading a pitching staff that boasted 2.36 ERA going into conference play.