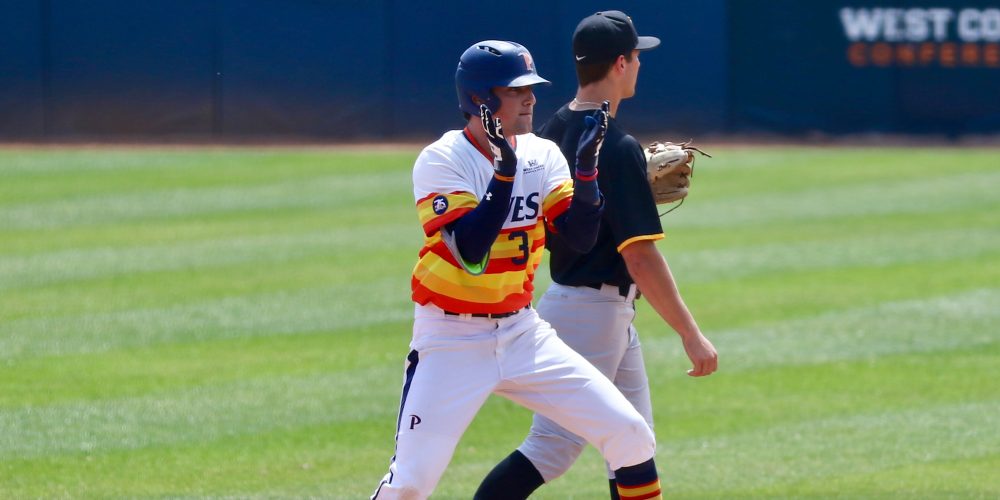 MALIBU, Calif. — After the first two weekends of conference play, Pepperdine had fallen behind by four games. A week later the Waves lost ace Wil Jensen (5-0, 0.75 in 7 starts) to an elbow injury that required Tommy John surgery.

Having a series battle for first place couldn’t have seemed further away, especially with red hot San Francisco jumping out to a 10-2 start in conference play. The Dons had a chance to run away from the league competition, including Pepperdine, but as the West Coast Conference is wont to do, the standings quickly compacted.

The Dons hit a slump while the Waves found new life with freshman Cooper Chandler stepping into Jensen’s Friday role and excelling. He allowed one earned run in 18.2 innings in his first three starts in the spot. Pepperdine won all three games propelling it to three series wins. The Waves climbed the conference standings and found themselves in first place entering this weekend with the prior leader, San Francisco.

But after the Dons knocked Chandler around for five runs on Friday, how would the Waves respond?

Like waves — never stopping, always coming back for another clash against the rocks or whatever opponent gets their way. The Waves bounced back beating San Francisco on Saturday to regain a half-game lead in the WCC. They won 5-3 despite getting out-hit 8-6.

“We typically live on pitching and defense and it’s the offense that also kind of got going. We were sputtering for a little bit,” Pepperdine head coach Rick Hirtensteiner said. “Guys are being tougher outs and we’re finding a way to score runs. The last two games we haven’t gotten a lot of hits, but we’ve made them count and we’ve put enough runs on the board to have a chance to win.”