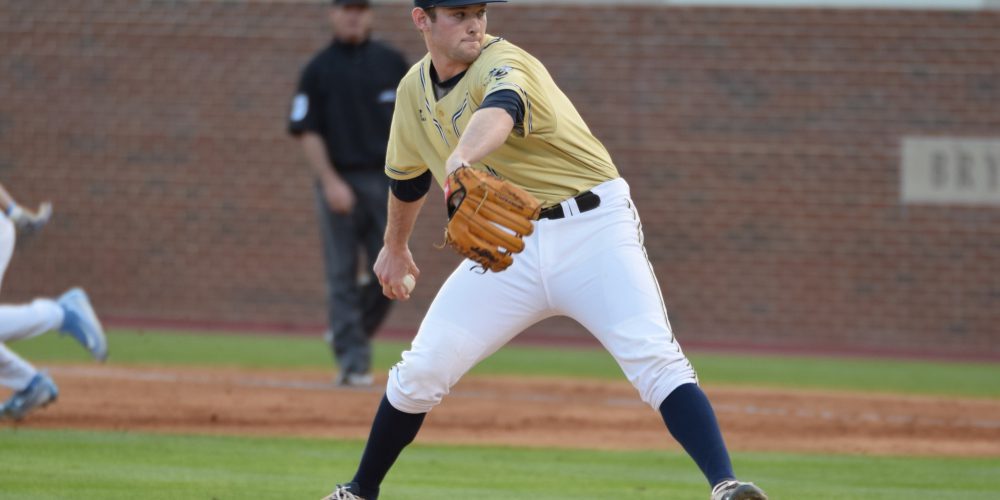 CHAPEL HILL, N.C. — Week Six features a stellar slate of action across college baseball, but one of the week’s best pitching matchups took place Thursday night at Boshamer Stadium, where two of the nation’s best control pitchers faced off. North Carolina’s Zac Gallen (3-0, 1.45, 44-7 K-BB mark in 37 innings entering the game) had been one of college baseball’s best pitchers over the first five weeks of the season, but Georgia Tech’s Brandon Gold (2-1, 2.10, 31-7 K-BB in 30 IP) wasn’t far behind him — and Gold won Thursday’s showdown, outlasting Gallen in Georgia Tech’s 3-2 victory.

Georgia Tech pitching coach Jason Howell said Gold has gotten better and better as his position-player duties have been slowly phased down, and he has focused more on pitching. He has become a very polished strike-thrower who mixes three pitches effectively, pitching to contact and allowing his strong infield defense to make plays behind him. With Connor Justus and Wade Bailey manning the middle of the Georgia Tech infield, Gold just needs to throw strikes, and chances are his defense will help him out. Gold held UNC to two runs on six hits and a walk over 7 1/3 innings Thursday, striking out five.