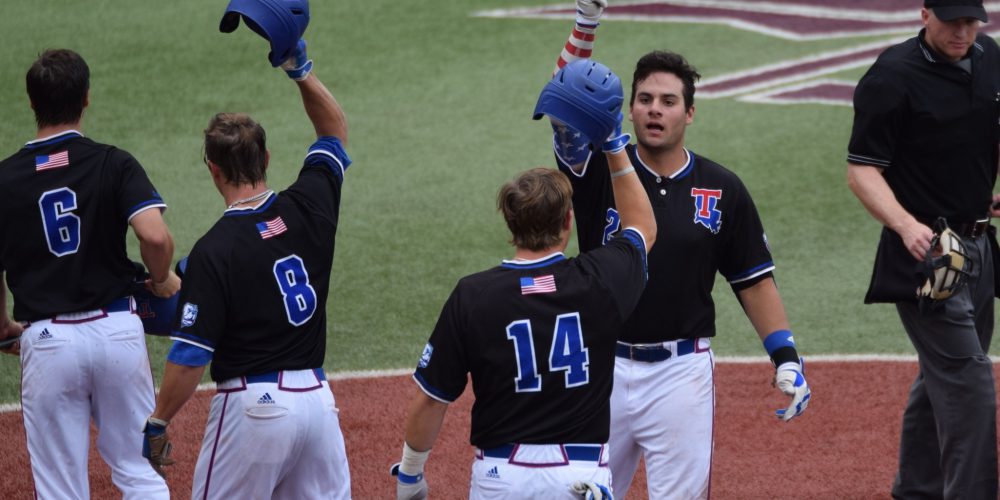 STARKVILLE, Miss. — Things weren’t looking so good for Louisiana Tech. The Bulldogs had played Cal State Fullerton to a scoreless draw for seven innings Friday night, and then rain suspended play until 10 a.m. Saturday morning. When play resumed, Fullerton earned a 1-0 victory — and Louisiana Tech had to regroup and play an elimination game against Southeast Missouri State about 90 minutes later.

And then SEMO jumped La Tech starter Casey Sutton for three runs in the first on a Dan Horst homer.