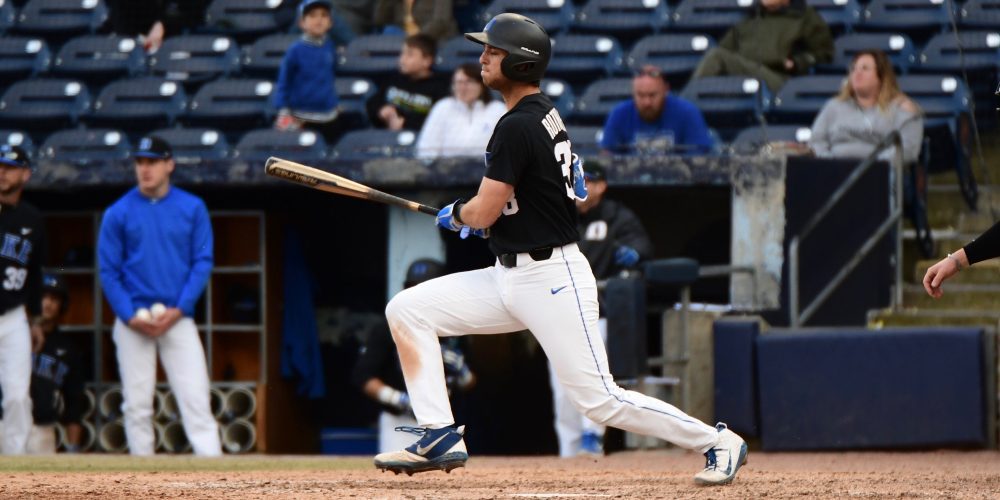 Rothenberg Busts Out In Duke Blowout

DURHAM, N.C. — In the fall of 2017, Duke coach Chris Pollard predicted that Michael Rothenberg had stardom in his future — he just had to wait for his opportunity. Rothenberg saw limited playing time as a freshman on a 2018 team stacked with seasoned veterans, but he entered his sophomore year this spring as one of the most obvious breakout candidates in the ACC, an expected centerpiece of Duke’s remade lineup.

A 6-foot-3, 210-pound switch-hitting catcher with big power potential and a rocket arm, Rothenberg has All-America-caliber tools. He showed glimpses of his enormous potential in[…]