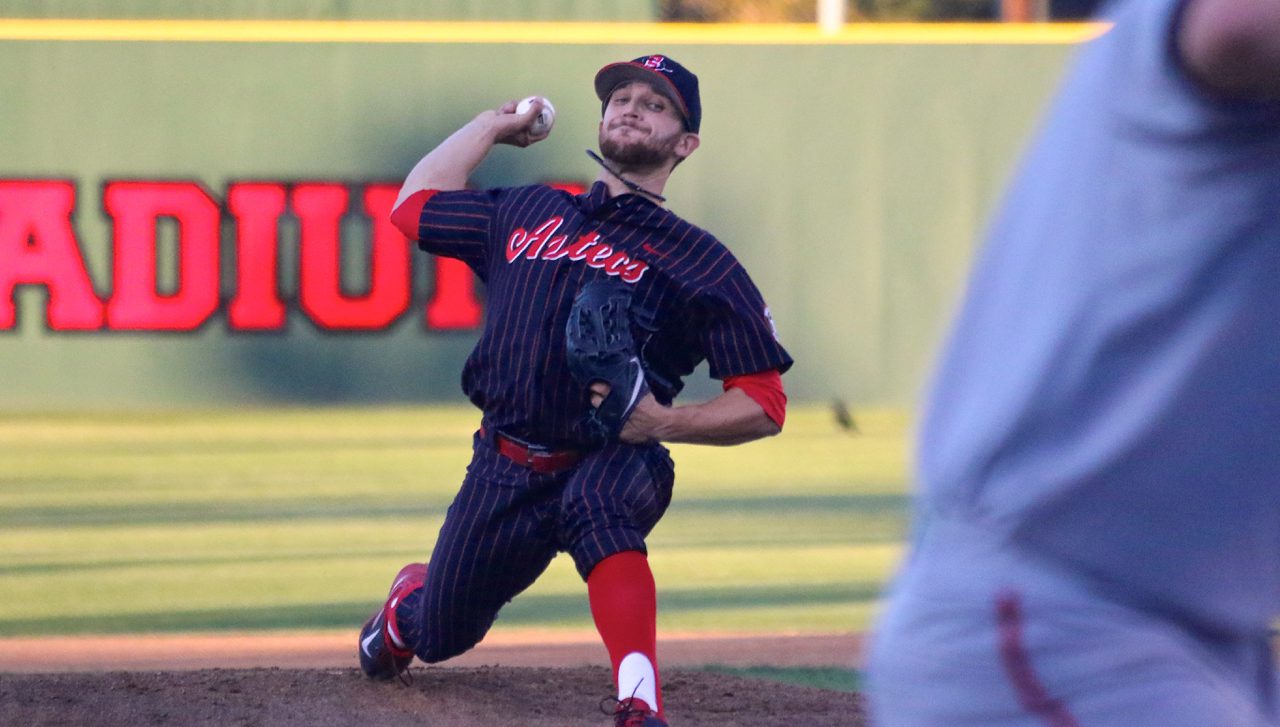 The Bubba Derby Clinic For Aztecs

SAN DIEGO — Texas Tech shortstop Tim Proudfoot saved a couple of runs in the first inning with an incredible diving stop up the middle and flip to second base to start a double play. But it didn’t matter. A run scored on the bases loaded play and one run was all San Diego State starting pitcher Bubba Derby needed on Friday night at Tony Gwynn Stadium.

Derby was lights out all night, striking out 11 and allowing just three hits with no free passes in eight shutout innings to lead San Diego State (15-3) to a 9-0 victory over the[…]