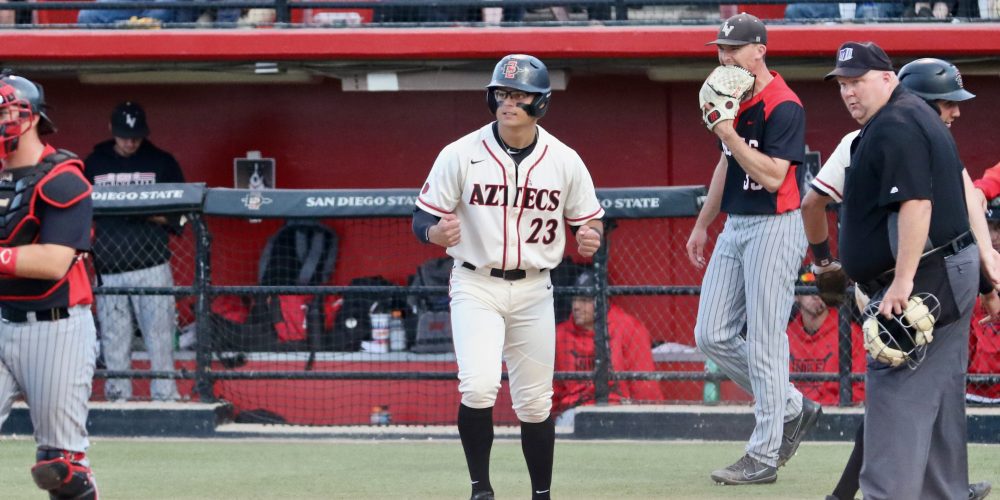 SAN DIEGO — If you exit the San Diego State locker room and turn left, following the stadium around until you locate a garage door, you’ll find a part of Tony Gwynn Stadium that San Diego State head coach Mark Martinez no longer visits.

“I spent so much time with Tony here,” Martinez said. “His office is right back there and I still haven’t gone in there since he passed away.”

“Tony was definitely here with us this weekend,” Martinez said immediately after the game, later adding: “He’s with me every step of the way. I’m talking to Tony every single day, not just in the tournament.”