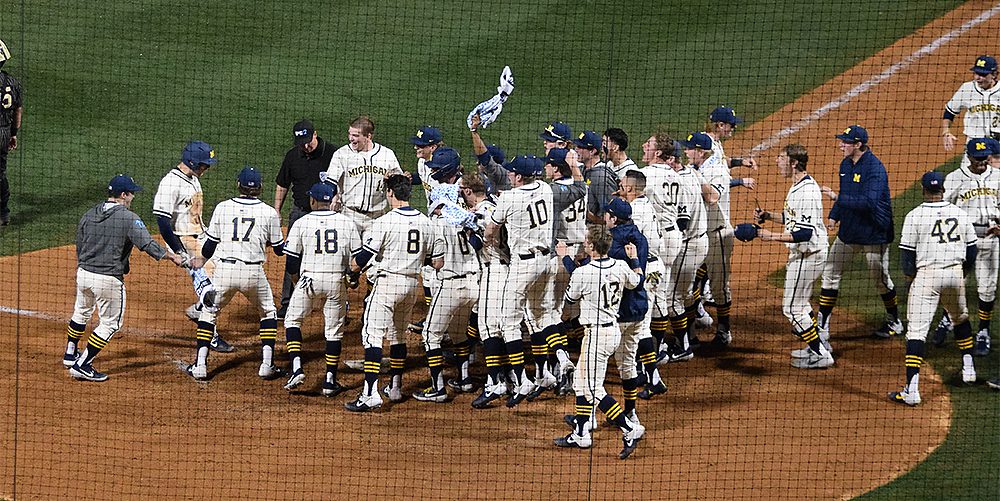 SCOTTSDALE, Ariz. – There’s no such thing as simply washing away a loss with a chance to win the national title, but Michigan at least got some sweet redemption Friday night with a thrilling 4-3 win over Vanderbilt – the same team that caused them heartache in Omaha last June.

“Yeah, it felt like a postseason game to me, too,” Michigan coach Erik Bakich said after the win. “You know – what a great game to kick off the 2020 season. You had everything. You had pitching and defense, timely hitting and that’s the postseason recipe. It was[…]