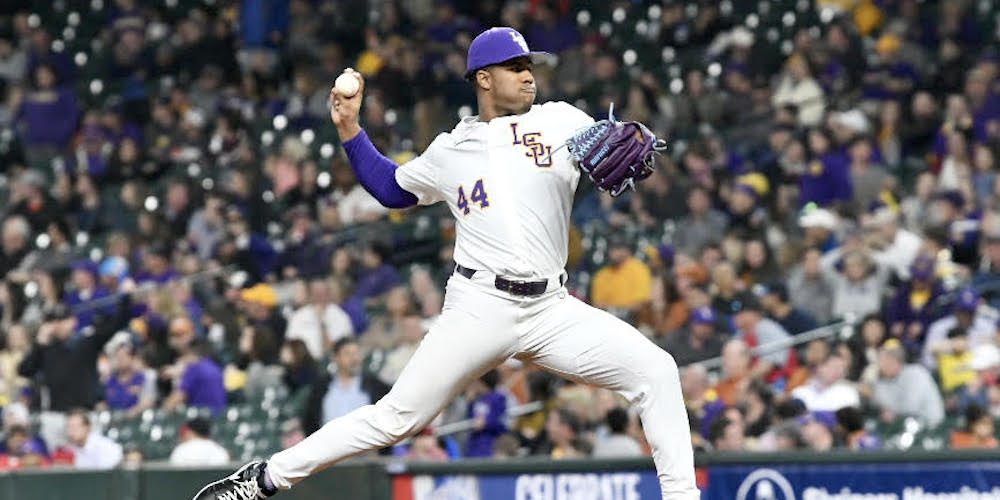 HOUSTON — Electric LSU sophomore reliever Jaden Hill didn’t mind that he had to go to work a little earlier than expected Friday night.

Hill is roommates with LSU starting pitcher and righthander Cole Henry. Henry put together a gutsy, and at times, extremely impressive start against Texas on the way to a 4-3 win. But with the Tigers clinging to a narrow advantage after six innings and Henry at 92 pitches, LSU coach Paul Mainieri decided to make a move to the bullpen.

It was Hill’s game from that point forward, and he was simply masterful. But in a way, jokingly, it was a broken promise from Henry.

“We’re actually roommates,” Henry told media after the game. “And we talked about the game last night. Jaden looked at me and said give me seven and I’ll get you the rest. I got him six, so I short-changed him a little bit. He did his job and was electric. You can’t ask for a better game than that.”

For much of the night, the bout between the Longhorns and Tigers was about the starting pitchers. LSU’s Henry got off to an outstanding start in the first two innings. He struck out two of the UT batters he faced in the first — one on a 96 mph heater and the other on a 76 mph curveball before striking out the side in the second — all on 95 mph fastballs.

Henry ran into some trouble in a 37-pitch third inning when DJ Petrinsky led off the inning with a solo home run to left field before UT brought in another run on a sacrifice fly by Zach Zubia. But Henry settled down after giving up a run in the fourth, retiring the final nine batters he faced, including striking out the final two hitters he faced on 95 mph fastballs. Henry finished the night with 10 strikeouts, two walks and allowed three runs and four hits in six innings. Henry also showed a nasty curveball at 76-78, while he threw a couple of changeups at 85 mph. 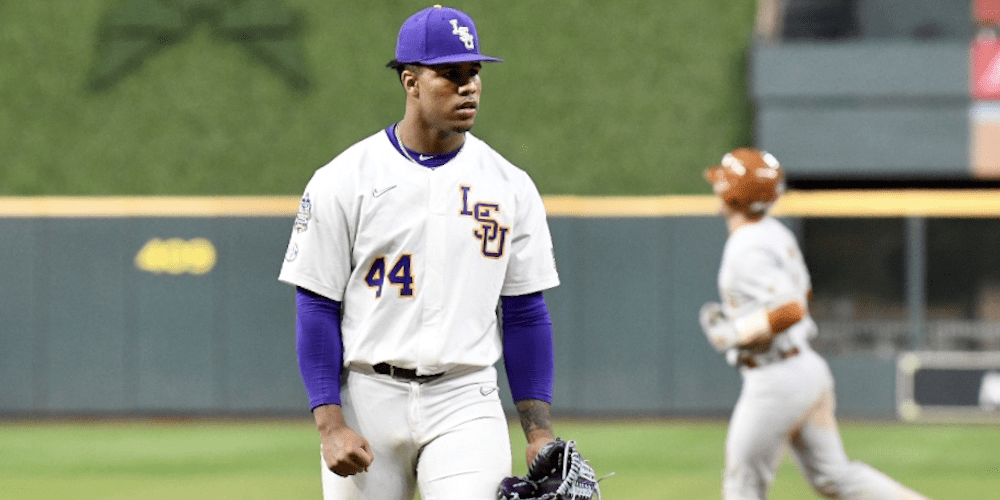 Henry didn’t give the Tigers seven, but Hill is fine with it. After all, he’s confident Henry will give them more innings next week.

Elder also put together a nice start for the Longhorns. He sat 91-93 and up to 94-95 mph with his sinking fastball and did a tremendous job of keeping it low in the zone most of the night. He also attacked the Tigers with a slider at 84-86 that was lethal against lefthanded hitters, while the changeup was thrown a little firmer than I remember, sitting more 87-88 tonight as opposed to 85-86 last season. He ended the night with 10 strikeouts in 6.1 innings.

But Hill was the story of the night.

Check out our full story below!