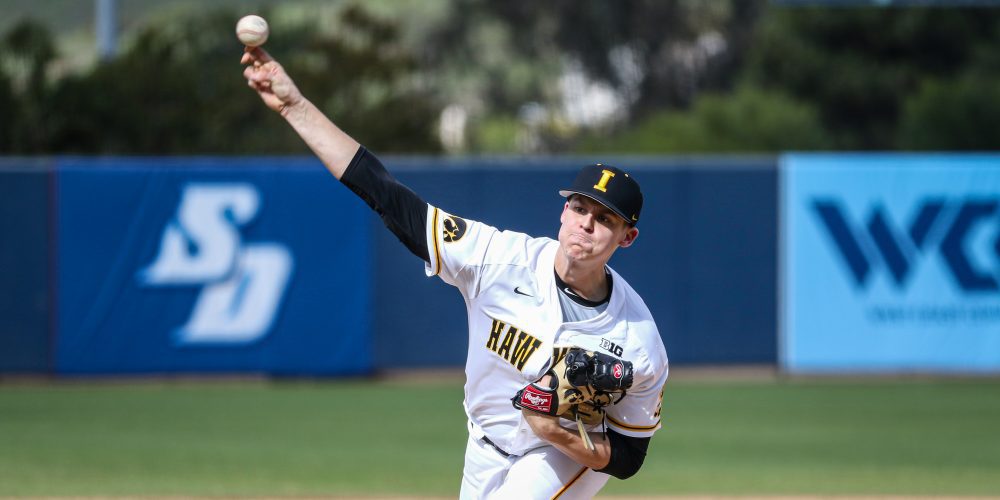 SAN DIEGO — Grant Judkins had a tough decision to make, but after going undrafted following his junior year, he decided to give up his dual-threat aspirations. He chose to focus solely on pitching after being a two-way player his first three seasons at Iowa.

“He made a commitment to try to make an improvement and have a chance to play pro ball as a pitcher,” Iowa head coach Rick Heller said. “He stayed back this summer and worked really hard to try to put on some weight, some more strength, just got away from the hitting, try[…]