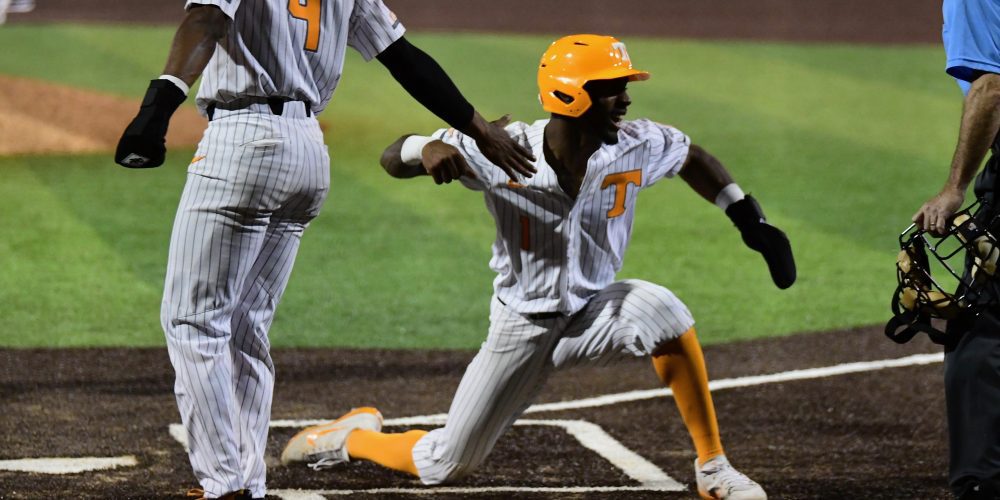 Soularie Impacts Vols With His Bat — And His Presence

KNOXVILLE, Tenn. — As Evan Russell met with reporters following his big three-hit performance in Tennessee’s 11-5 win over Missouri, a teammate came up behind him and put a hipster-ish brown felt hat with a narrow brim on his head. Russell didn’t miss a beat and kept talking. Behind him, teammate Alerick Soularie found a spot on the turf and started doing pushups, making sure a rolling TV camera would pick him up.

His “pushup bomb” complete, Soularie waited his turn to greet the media, and when it came, Russell placed that brown “mojo hat” on Soularie’s[…]