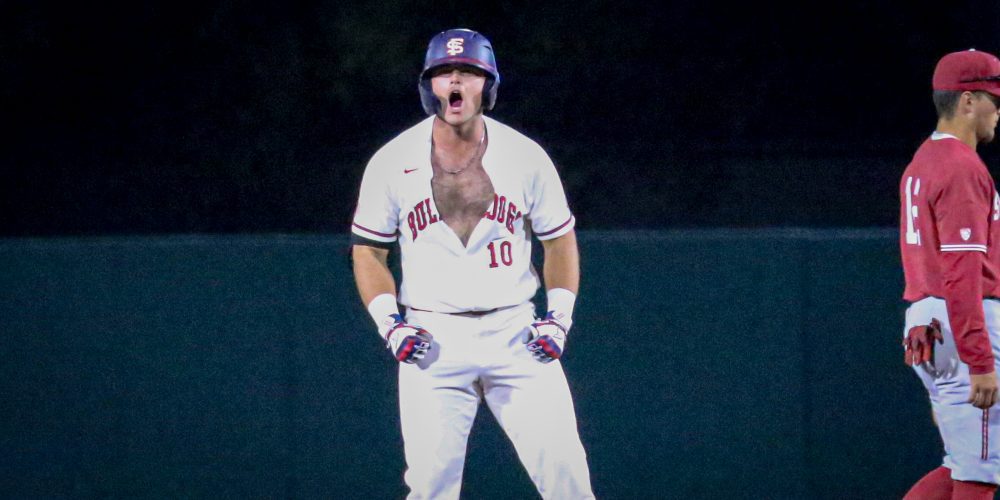 STANFORD, Calif. — Emilio Nogales strolled into second base like a Cadillac on a cruise through the neighborhood. He clapped his hands and turned toward the Fresno State dugout.

Like most players, he wanted to perform a celebration toward his teammates. But this wasn’t any ordinary gesticulation.

Nogales grabbed his button-up jersey, a hand over each pectoral, and ripped open his uniform top halfway down his torso. Superman was tearing away his Clark Kent attire, but instead of a red “S”, Nogales unveiled a thick carpet of chest hair and unleashed a beastly scream in his teammates’ direction.