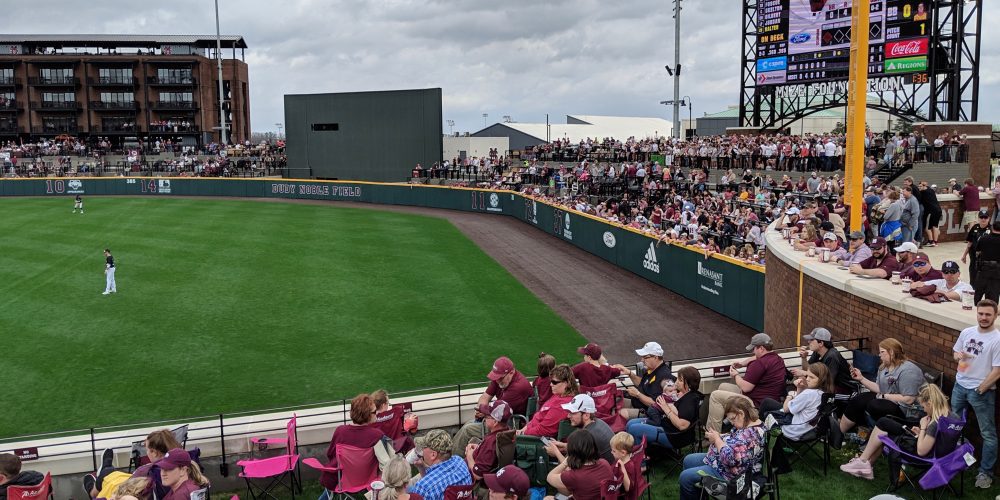 STARKVILLE, Miss. — With apologies to Jeff Foxworthy … you might be a Mississippi State Bulldog when you more closely associate a plume of smoke floating in the sky with just some good grillin’ in the outfield bleachers.

Or, you might be a Mississippi State Bulldog when you’ve sung along with Garth Brooks’ rendition of “I’ve Got Friends in Low Places” countless times as part of the traditional eighth-inning-stretch tune here at Dudy Noble Field, also known as “The Dude”.

And you might be a Mississippi State Bulldog if you know all the words to Mississippi Queen (she taught me everything).

Mississippi State has few rivals in college baseball – perhaps LSU? – in terms of crowd size and passion. With a capacity of 15,000, the Bulldogs have the largest on-campus baseball stadium in the nation, and they fill this place up with enthusiastic and well-hydrated fans.

“I know it affects the other team,” Bulldogs DH Elijah MacNamee said of the Mississippi State faithful in their beautiful stadium, which officially opened this year. “It’s a hard environment to function in if that is not your home place. We take advantage of that.”

After outlasting Fresno State 9-7 late Monday night and winning their third straight elimination game, it’s now up to the Stanford Cardinal to travel across the country to take on Mississippi State starting this Saturday in a super regional at Dudy Noble. …