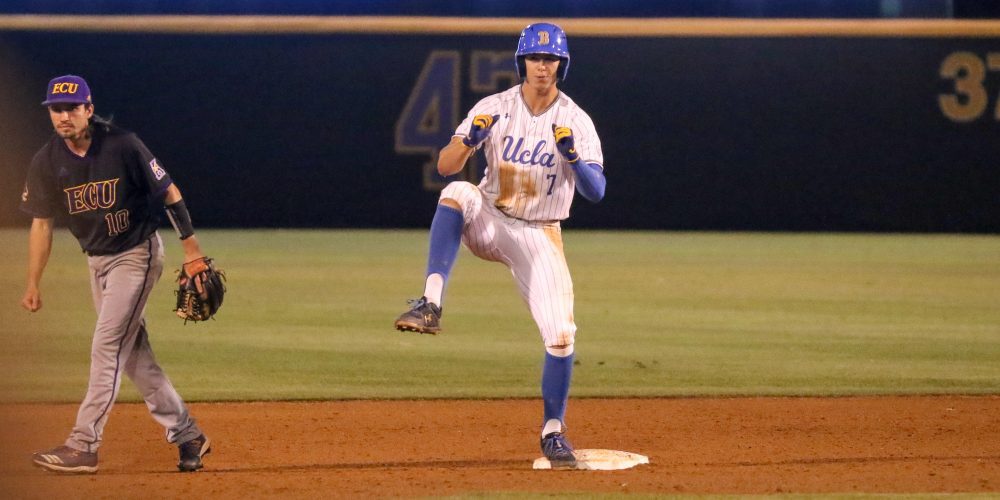 LOS ANGELES — Michael Toglia began to walk to the batter’s box when he saw East Carolina head coach Cliff Godwin heading to the mound to make a pitching change.

Godwin was taking southpaw ace Jake Agnos out and bringing in righthander Sam Lanier in an attempt to turn around UCLA’s switch-hitting first baseman. Agnos had struck out the previous two batters as he tried to escape a jam with two runners in scoring position. Godwin wanted Toglia to bat from the left side as the Pirates tried to hold a 5-2 lead.