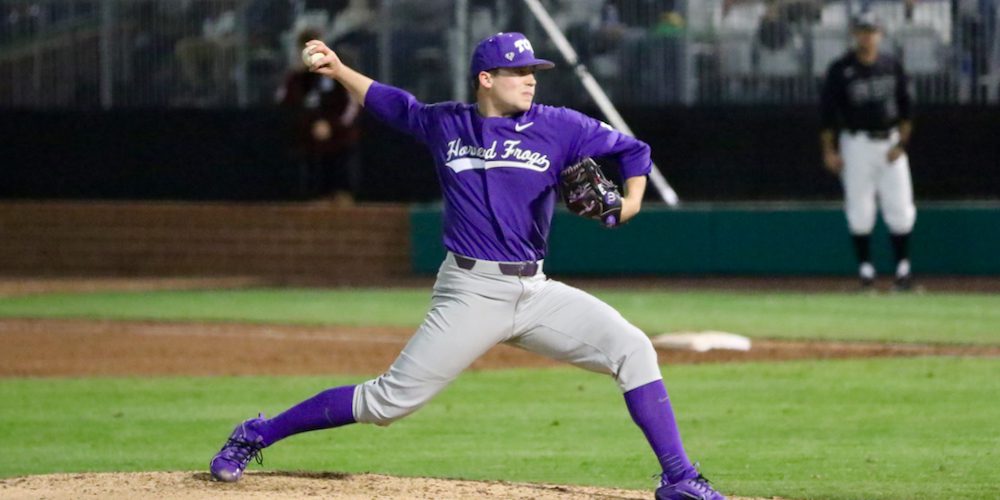 PHOENIX — World Series champion Tim Salmon threw out the first pitch. Cheerleaders danced in the aisles of a new pristine stadium. Fans set a school attendance record and received giveaways. Fireworks shot off after the game.

The pomp and circumstance was all there.

GCU Ballpark was christened, but the cheers coming from the stands as purple post-game explosions lit up the night came from the visiting team’s fans.

Like a fight that ends a New Year’s Party, the celebration for all the promise and expectations at Grand Canyon abruptly came to a stop. The Lopes gave up three runs in the ninth inning as No. 7 TCU showed the resolve that has helped it make four consecutive trips to Omaha. Josh Watson hit a two-run triple and scored on a sacrifice fly to push the Horned Frogs to a 3-2 victory. It sucked the collective breath out of the Grand Canyon fans.

What was supposed to be a glorious coming-out party and sign of things to come for Grand Canyon became a lesson on what it takes to be a College World Series contender.