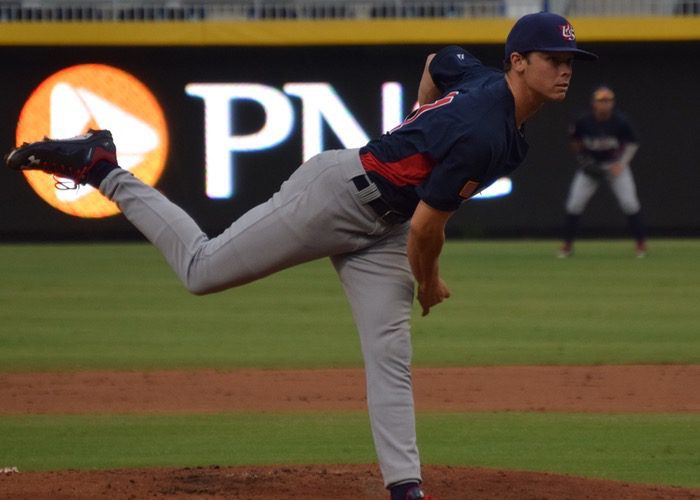 DURHAM, N.C. — Dominant pitching continues to be the big story for the USA Baseball Collegiate National Team, which shut out Cuba 2-0 for the second straight game Thursday. A day after three USA pitchers combined on a no-hitter, Daulton Jefferies (California), Logan Shore (Florida) and Stephen Nogosek (Oregon) combined on a three-hitter.

Team USA also got its bats going a little more on Thursday, rapping out 11 hits (but stranding eight baserunners). For the second straight day, Team USA broke a scoreless tie with a run in the sixth, as Garrett Hampson (Long Beach State) led off with a single and came around to score on a deep sacrifice fly by K.J. Harrison (Oregon State). JJ Schwarz (Florida) added an insurance run an inning later with a towering solo home run over the Blue Monster in left field.

Hampson entered the game after USA star Buddy Reed (Florida) appeared to roll his ankle running out a ground ball in the third. Reed is day to day.

Here are some players who stood out for the Americans on Thursday: