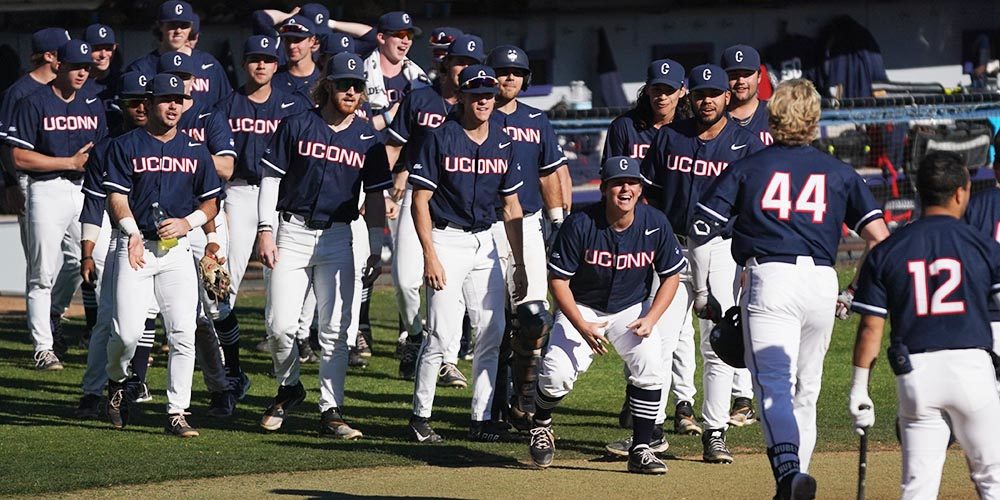 Ben Huber (44) gets all the yells from his UConn dugout mates after crushing a game-changing grand slam.

UConn Gets West Coast Trek Off To Good Start

MALIBU, Calif. — After his team had just polished off a 6-2 win over the Pepperdine Waves at Eddy D. Field Stadium on Friday, Connecticut head coach Jim Penders walked up to me and said, “I think we’re still undefeated when you have come to see us play.”

I have to admit in all the years I’ve seen the Huskies in person and gone to talk with coach Penders afterward, it always seems I catch him in a good mood, that’s true. To my recollection the only time the Huskies have lost a game I have covered was in the[…]

Read the rest, become an Insider!

Save $41 with an Annual Subscription