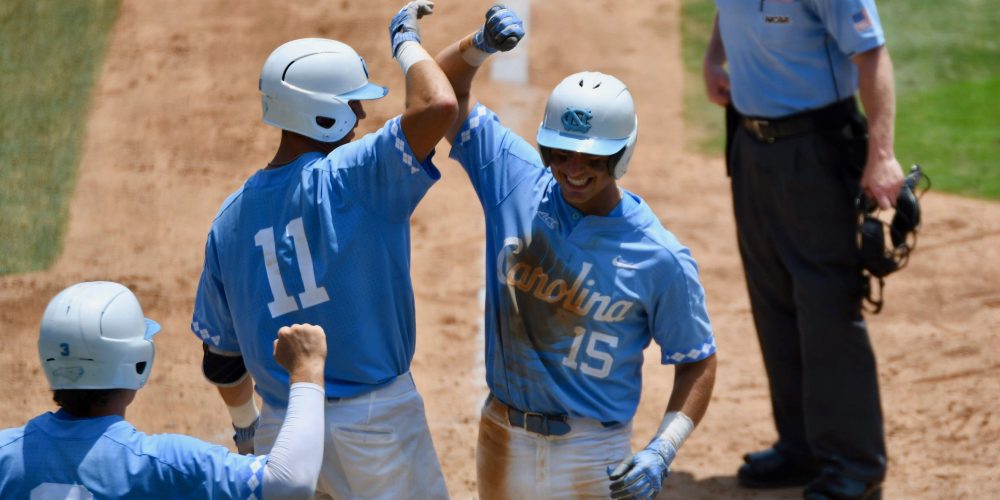 CHAPEL HILL, N.C. — North Carolina knew exactly what it was up against in Friday’s Chapel Hill Super Regional opener. Stetson was red-hot, riding an 18-game winning streak into the weekend — and UNC had to find a way to solve Stetson ace Logan Gilbert, the No. 14 overall pick in the draft, a guy who entered Friday 11-1, 2.52 with 157 strikeouts and 23 walks in 107 innings. Gilbert is a high-end talent who has performed at an incredibly high level all season long.

The Tar Heels elected to save their own ace, Gianluca Dalatri, for Saturday, to keep him on full rest. instead, they started strike-throwing righty Cooper Criswell, who has had a very good year in a swingman role but can’t match Gilbert’s raw stuff, with an 87-90 fastball and a solid slider. On paper, this particular pitching matchup seemed like a mismatch.

But the Heels had a great game plan against Gilbert, and they executed that plan effectively in a 7-4 win. North Carolina’s biggest advantage in this series is its more potent offense, which stands out most for its plate discipline up and down the lineup, ranking 10th nationally in walks.

On Friday, the Tar Heels did an excellent job grinding out at-bats and driving up Gilbert’s pitch count. And as Gilbert’s pitch count got elevated, he made some costly mistakes in the fifth inning. With the score tied 1-1, Gilbert allowed a two-out single to Kyle Datres, then walked Michael Busch. The next batter, Cody Roberts, clobbered a three-run homer to left field on a hanging Gilbert curveball, giving UNC a 4-1 lead it would not relinquish.