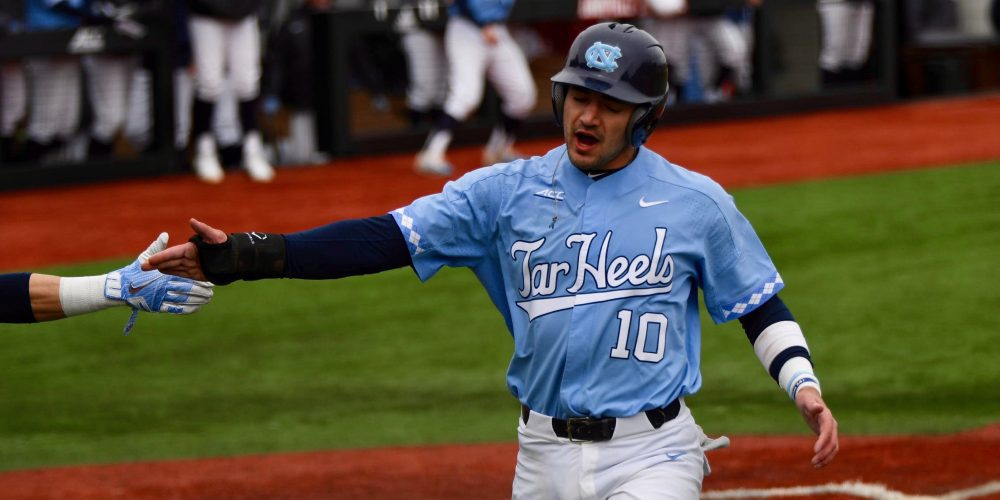 LOUISVILLE, Ky. — North Carolina has had an uneven first month. The Tar Heels entered the season ranked sixth in the D1Baseball Top 25 thanks to a talented returning core of veterans from a team that earned the No. 2 national seed last year, but they’ve struggled to come up with big hits in close games, and they haven’t yet performed up to lofty expectations on the mound. They opened with a quality series win at South Florida, then went 1-4 in Week Two to drop 14 spots in the rankings, then bounced back with 46 runs in a 4-0 Week Three showing.

UNC opened up ACC play this weekend with a challenging road test at No. 13 Louisville, which took advantage of some free bases, got a couple of big hits and made big pitches in tight spots to win the first two games of the series by a combined three runs. So Sunday’s series finale was a gut check for UNC, which entered the game with a .500 record at 7-7.

The Tar Heels fell behind 3-1 after three innings, but they showed determination and resilience, surging ahead in the late innings to salvage a 10-3 victory, handing the nation’s last unbeaten team its first loss.

“I look at these kind of wins on Sundays like, these are kind of character wins,” UNC coach Mike Fox said. “Your team’s kind of tested a little bit, got your backs against the wall, we’re scuffling a little bit, and down 0-2 on the road to a great team, I just thought that was a great response by our club.”