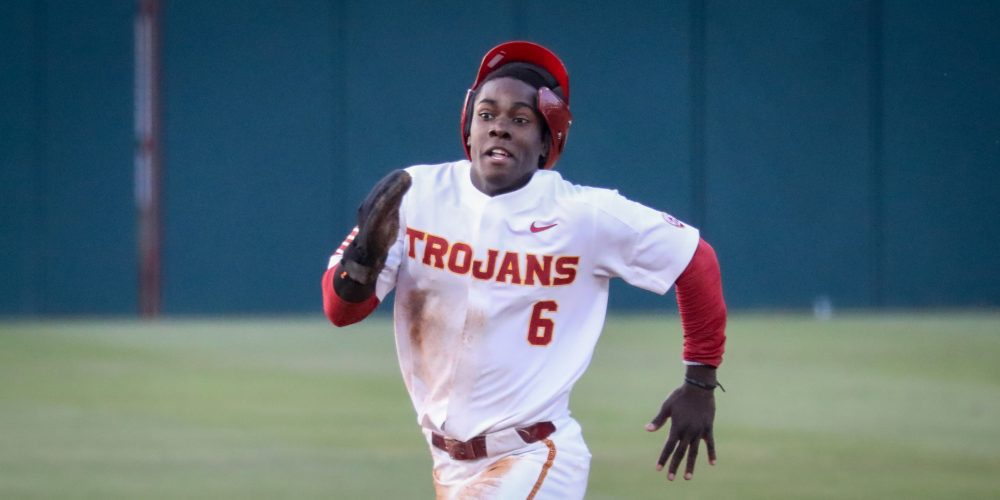 The harmonious cacophony bellowed from the Southern California dugout as Tyresse Turner’s throw landed in the mitt of first baseman John Thomas. Players exploded onto the field to greet their teammates, chasing the bombastic sound they had just created. The Trojans’ second ‘boom ball’ of the night helped reliever Quentin Longrie get USC out of a bases-loaded jam in the seventh inning after it had scored four runs to take a 5-4 lead a half inning prior.

“That game was in flux right there,” USC head coach Jason Gill said. “We took the lead. They bounced[…]