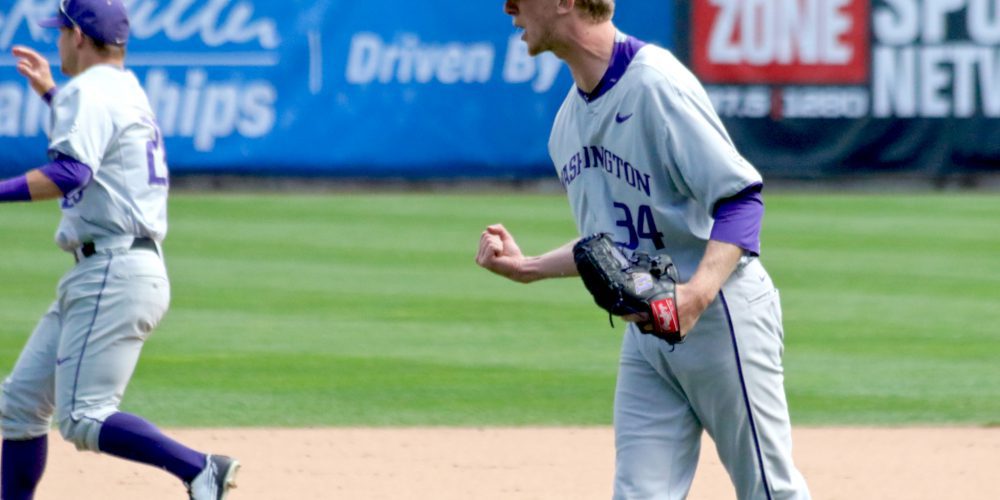 Washington One Win From Pac-12 Title

SALT LAKE CITY — Chris Baker lined an extra-base hit into the right-field corner and Jack Meggs raced around to score from first base. Washington had taken a 5-4 lead in the top of the ninth inning. The Huskies had an opportunity to take the first game at Utah in the de facto Pac-12 championship series.

As soon as Meggs touched home plate, you expected to see Washington closer Troy Rallings spiritedly sprint down the right field line to the bullpen mound at Smith’s Ballpark to get ready to collect the final three outs.

“Troy had some elbow issues,” Washington head coach Lindsay Meggs said. “He’s had some diagnostic testing and nothing is showing up. We’re just not sure what’s wrong with him.

“He’s a little tender and we don’t want to push it. He needs a week of rest. That was a tough decision for us, but I don’t want to jeopardize his future.”

Instead of Rallings, sidewinder Ryan Schmitten was the man at the end of the game and did exactly what was asked of him: get ground balls. He forced a grounder to shortstop and, after a chopper snuck up the middle, a 4-6-3 double play to end the game and put Washington one win away from a NCAA tournament berth and at least a share of the Pac-12 title.

Schmitten was the final piece of the bullpen connective tissue that held things together for the Huskies. Alex Nesbitt pitched two innings and collected the win after an unearned run in the seventh inning allowed Utah to tie the game.

Washington held a 4-0 lead after scoring a pair of runs in the fourth and fifth innings, highlighted by Joey Morgan’s solo homer to rid the scoreboard of goose eggs. But Utah got three of those back when Andre Jackson roped a hanging breaking ball into the left-center field gap for a bases-clearing double that prompted the move to the Huskies’ pen.

The Huskies were one batter away from chasing Utah ace Jayson Rose in the fifth inning after he walked three straight batters to bring home the fourth run of the game.

But they couldn’t finish him off. Rose got a pop up and a strikeout to leave the bases loaded. He was literally a batter away from being pulled out of the game, but the Utah coaches trusted their best pitcher. He gave them exactly what they could hope for following that. Rose attacked hitters, retiring 11 of the last 12 batters he faced. 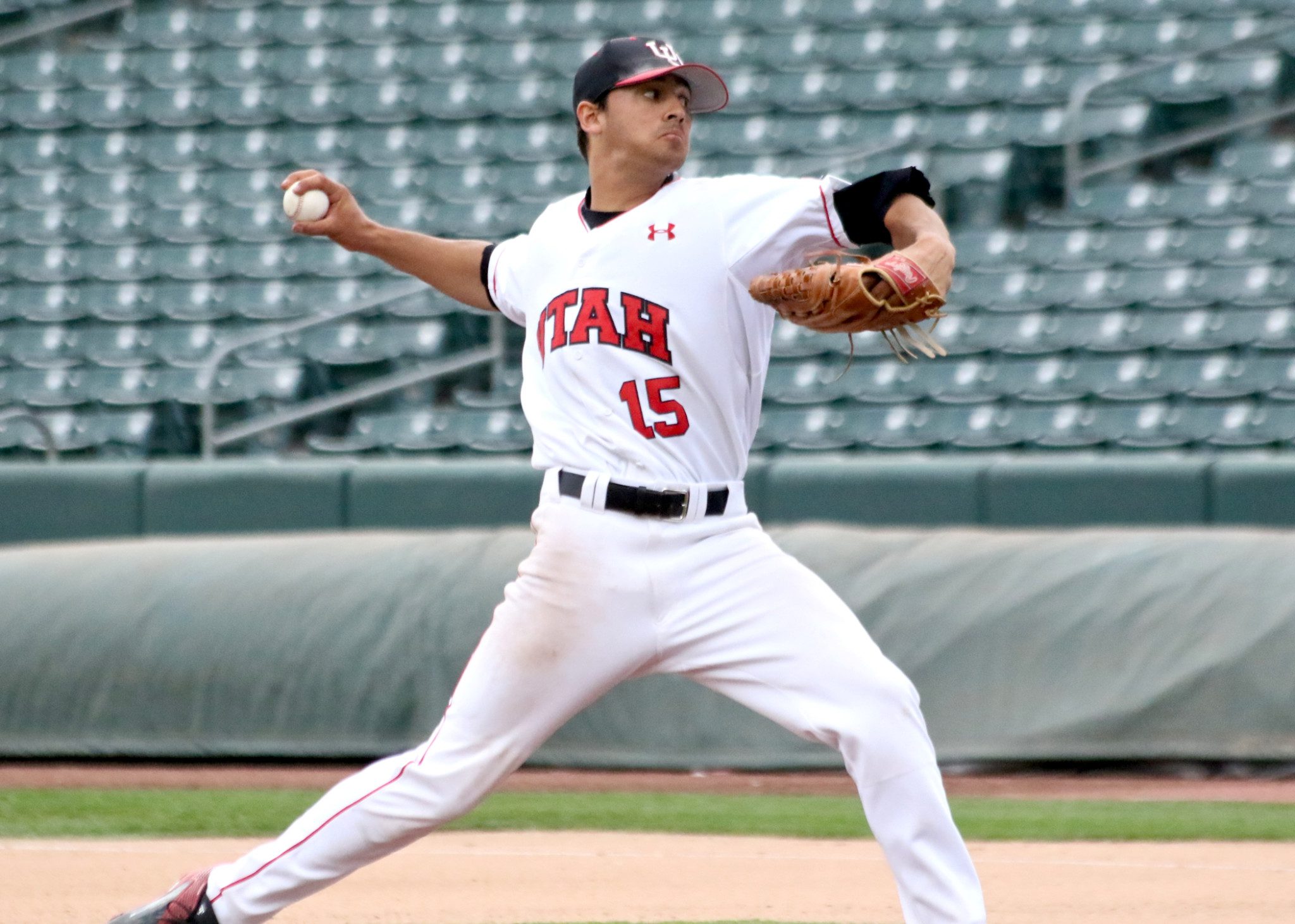 Instead of having to go to the bullpen in the fifth inning with the bases loaded, the Utes were able to get out of the jam with no more damage and through another whole three innings. That saves Washington from getting an opportunity to see each of Utah’s best relievers in a tight game in the first game of the series and then potentially facing them again later this weekend.

Rose’s final stat line wasn’t outstanding: eight innings, six hits, four earned runs with four walks and six strikeouts. But his ability to go deep in the game is what stood out even more.

Washington head coach Lindsay Meggs talks about the Huskies’ 5-4 win over Utah that puts them one win away from a Pac-12 title and how the bullpen stepped up with closer Troy Rallings not with the team.

Meggs discusses Rallings’ absence and the impact bat that Chris Baker has becoming for the Huskies:

Utah head coach Bill Kinneberg talks about the Utes’ 5-4 loss in the opener of the de facto Pac-12 championship series and how Washington just got the big hit at the right time:

– Win and you’re in…it is that simple for Washington. They’ll get two chances to win a share of the Pac-12 title and the conference’s automatic berth to the NCAA tournament.

– The Utes know that they have to win both games or else the season is over. There is a little extra pressure, but Bill Kinneberg expects his team to come out and play hard. The Utes have the better starting pitching for the next two days and with Rallings out, they have to believe they can score on the bullpen as well. If they can get the series to Sunday and still be alive, the momentum shifts back to the home team.