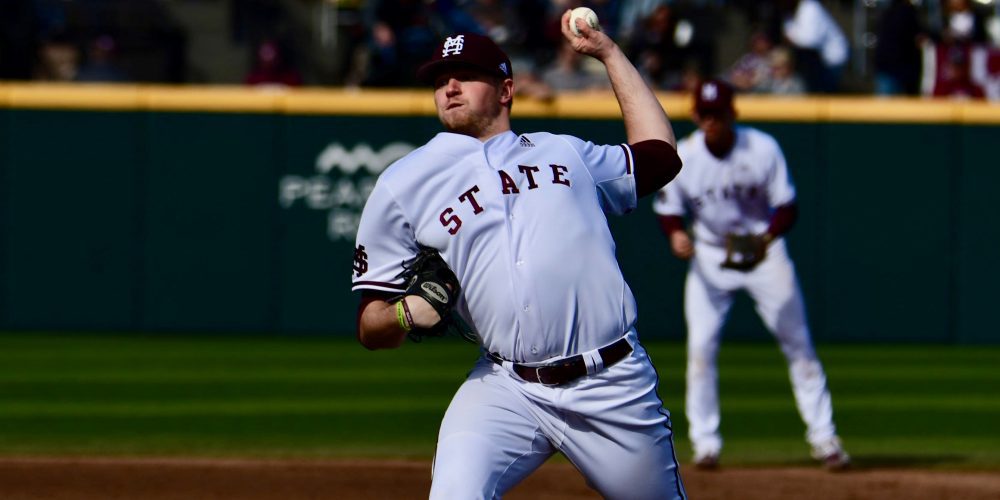 STARKVILLE, Miss. — After striking out 16 times but still finding a way to win Friday’s series opener against Oregon State, the Mississippi State coaches and players did not bemoan their collective offensive approach. Rather, they tipped their cap to OSU starter Christian Chamberlain.

Without Chamberlain on the mound for the Beavers on Saturday, Mississippi State’s offensive approach suddenly appeared a lot more disciplined; funny how that works. The Bulldogs took what they were given on Saturday, and the Beavers were generous with their free passes, issuing 11 walks and hitting two batters. Six of those walks plus one of the HBPs came in the first two innings, and the Beavers walked in three straight runs in the second, allowing Mississippi State to build a commanding lead en route to a series-clinching 7-4 win.

“We gave up far too many free bases to be successful today,” Oregon State coach Mitch Canham said. “Obviously, over a dozen free bases, you can’t defend that. And we know that. …