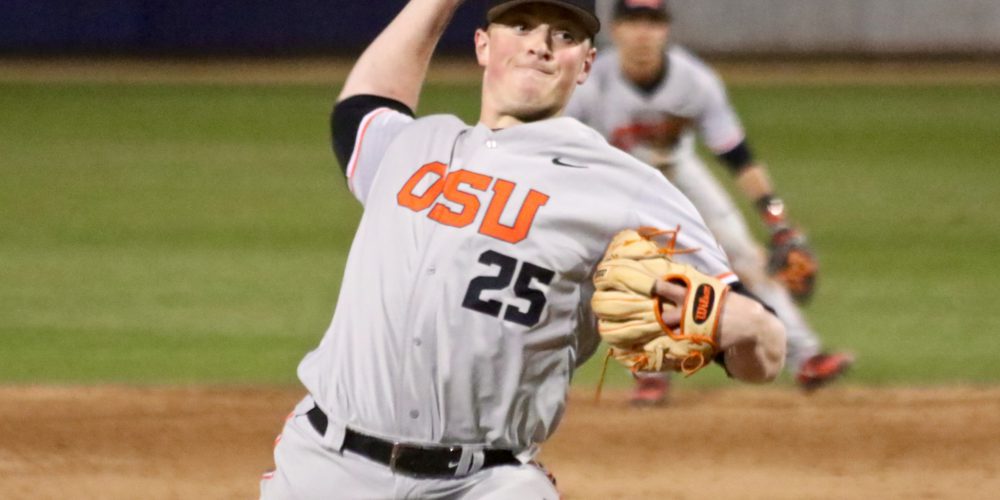 Drew Rasmussen has got better each start. (Shotgun Spratling)

SAN DIEGO — For a brief moment, it seemed like there might be some magic in the air Friday night at Fowler Park as Oregon State sophomore righthander Drew Rasmussen mowed through the San Diego lineup.

He struck out six of the first 11 batters he faced and looked to have his good stuff after two lackluster starts to begin the season. He was working down in the zone with what San Diego catcher Riley Adams described as an “electric” fastball in the low 90s and mixing in a pair of good offspeed pitches with a slider and a changeup to keep the Toreros off balance.

Ryan Kirby ended Rasmussen’s bid for a second career no-hitter with a single up the middle in the fourth inning, but it was a comforting sign for the Beavers to see Rasmussen back to pitching like the ace he is after allowing seven runs in 11.2 innings his first two starts. The sophomore looked like the future and present of the Oregon State pitching staff in a 7-2 road victory.