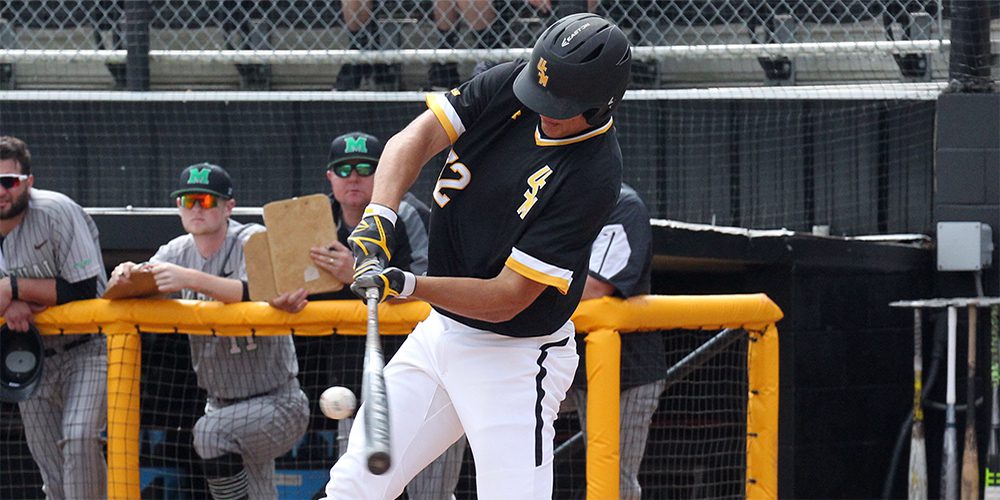 SEE ALSO: A profile of Freshman of the Year Matt Wallner

Wallner led all freshmen with 19 home runs and a 1.118 OPS this spring, helping Southern Miss win 50 games and host a regional. The 6-foot-5, 220-pound behemoth also made nine appearances off the mound, going 2-0, 1.84 with 15 strikeouts in 14.2 innings. Earlier this spring, D1Baseball’s Mark Etheridge detailed Wallner’s journey from overlooked Minnesota prep player to University of North Dakota signee to larger-than-life superstar at Southern Miss, where Wallner landed after North Dakota cut its baseball program.

North Carolina leads all teams with three Freshman All-Americans, all of them on the first team: DH Ashton McGee, starting pitcher Luca Dalatri and closer Josh Hiatt. LSU is the only other team to land multiple players on the first team (outfielder Zach Watson and righthander Eric Walker). Texas Tech and Missouri were the only other teams to produce more than one Freshman All-American.

The SEC and ACC each placed four players on the first team, but the SEC produced the most Freshman All-Americans overall with nine, while the ACC had seven. The Pac-12 was next with four, followed by the Big 12 and American with three apiece.