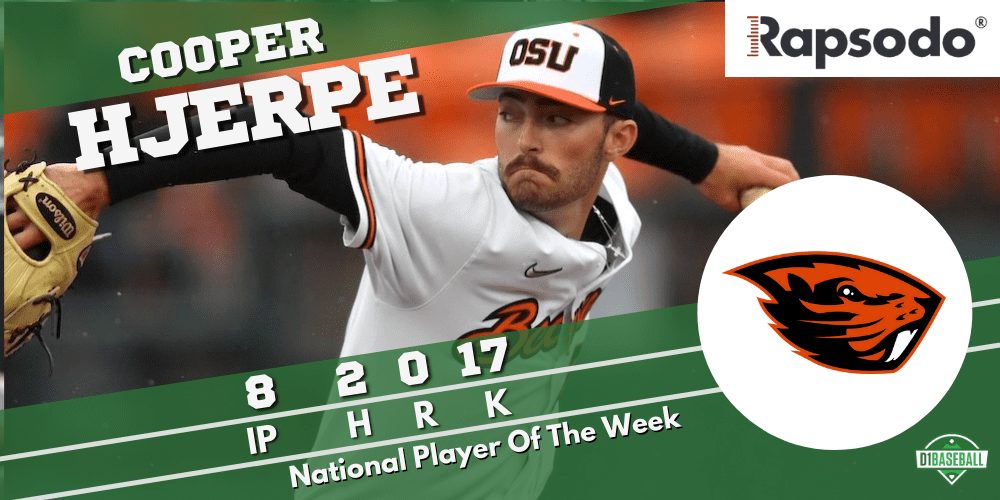 Oregon State lefthanded pitcher Cooper Hjerpe might have earned a no decision against Stanford last weekend, but it wasn’t his doing. He had a historic start against the Cardinal, and because of that, is our latest D1Baseball/Rapsodo National Player of the Week.

Hjerpe, a 6-foot-3, 200-pound, lefthander, had a start to remember against Pac-12 foe Stanford. He allowed just two hits in eight shutout innings, while walking just one and striking out a ridiculous 17 batters. The 17 strikeouts Hjerpe recorded was the most by anyone in college baseball this spring, while it tied the OSU single-game mark set by Mason Smith against Portland back in 1994.

Hjerpe has continued to have a wonderful season for the highly-ranked Beavers. The lefty is 6-0 on the season with a 1.94 ERA in 41.2 innings of work. He also has struck out 68, walked just 10 batters and teams are hitting him at an insanely low .180 clip.

Congratulations to Hjerpe for the weekly honors.